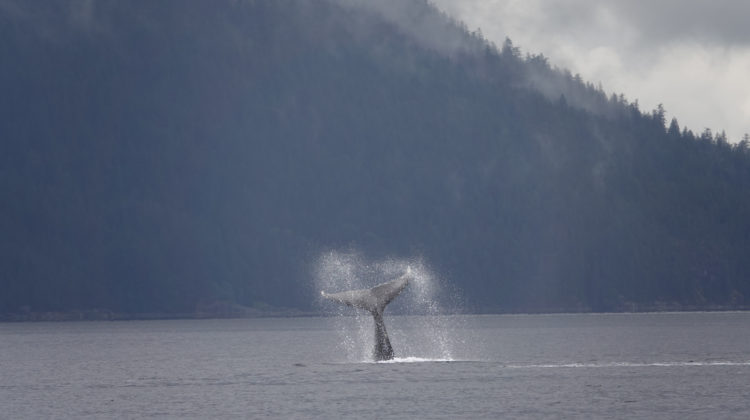 Vancouver Island whale watching operators are trying to hold their heads above water.

Campbell River Whale Watching and Adventure Tours owner/operator, Tyler Bruce, says his company had to shift its focus and start its season nearly four months later than usual, due to the pandemic.

“(With) July 1st being the start of our season, we’re basically starting from scratch, with shifting from the international travel to the local travel,” Bruce said.

“With all the (whale watching) operators in town, here, we’re all looking to take out the locals so it can be a little thin, that way, as far as the guests, from what we’re used to.” 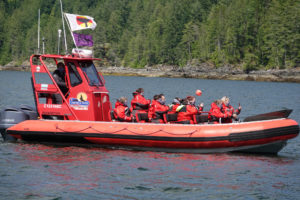 He said while they’ve had some customers from Victoria and Vancouver, the majority of the business has been from closer to home.

“Because we’ve done some really good private charter rates as far as being in your own bubble, we’re seeing some companies doing staff functions and staff appreciations, and looking to book a boat to take their staff out, which has been great.”

He said a cool and wet start to the season hasn’t helped, either.

Looking ahead, September is usually one of their busiest months, but with the likelihood of no international tourists on the horizon, there could be some lean times ahead, according to Bruce.

“What we find in the September season as the schools go back, a lot of that tourist traffic is couples and European couples and this year, depending on borders, that may or may not happen,” Bruce said.

“So we’re looking at it, we’d be going into September and luckily enough, now, we have grizzly bear tours going to Toba (Inset) with the Klahoose First Nation to its bear viewing operation, which will help us extend our season into September, and hopefully into the end of September.”

But by then, Bruce predicts traffic could drastically thin out if schools return to normal.

Bruce noted that during these uncertain times, the B.C. government’s wage subsidy program has been a godsend in helping them retain staff.

“We have a high level of returning staff each year and you don’t want to lose anybody because they’re all so quality so you’re really trying to do what you can, there, and make the season last as long as we can,” he said.

They were supposed to start their season on March 15th and then as everything hit that changed to July 1st.

If all goes well, Bruce hopes the season starts on time next year.

“We don’t think it’s going to be as busy as, say, 2019 but we’ll be making our way back to where we used to be. It just might take a couple years.”

He noted that local whale watching companies are supporting each other.

“We have a pretty good relationship as far as the Campbell River whale watching community. We work together on a daily basis with our guides on the water, with our management and ownership, to basically make the best experience possible for our guests coming to Campbell River,” Bruce said.

“It’s not company against company. Everybody’s working together, Nobody wants to put out empty boats or just a couple people on boats so we’re making calls to shift people around. If we don’t have a boat going, and one of the others does, we’ll make that call or vice versa.”

Bruce said the industry across Vancouver Island has been supportive, which he hopes continues for years to come.

“I hope as the end of the season nears and the start of 2021, we’re all on the same phone calls and discussions and meetings and everybody just gets through this and moves forward. We’re all feeling it, that’s for sure, and everybody is shifting as much as they can to just get through with what we’ve got and move onto 2021.”