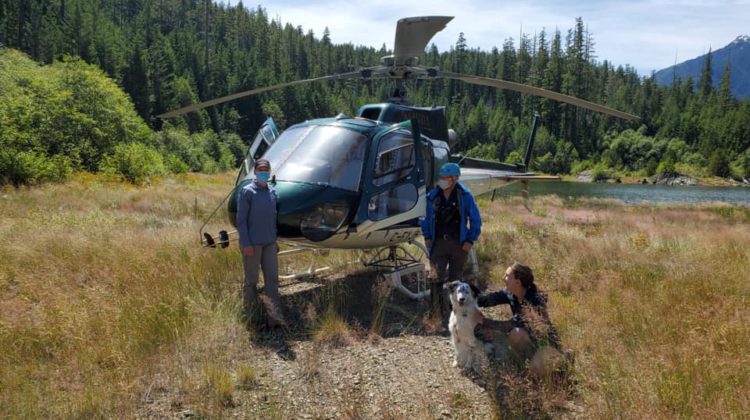 An Australian shepherd and its owner are doggone thankful today.

The dog had become injured during their hike on the Flower Ridge Trail in Strathcona Provincial Park and was unable to continue. The dog was also too heavy for the hiker to carry down the trail.

Cue Campbell River Search and Rescue members and a pilot from Grizzly Helicopters, who joined forces to get them to lower ground. 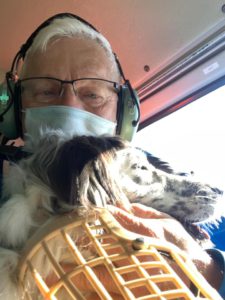 An Australian shepherd dog experienced its first helicopter ride after it was rescued from a trail in Strathcona Provincial Park over the weekend. (Campbell River Search and Rescue, Facebook)

Campbell River SAR said thankfully, the hiker had an Inreach satellite communications device and “was able to request help and provide her position, which greatly improved our ability to respond quickly.”

They were located about six kilometres in on the trail, at an elevation of about 1,250 metres.

Thanks to the donation of helicopter time by Grizzly Helicopters, two Campbell River SAR members were able to fly in, locate the hiker and her dog, and bring them back out to their vehicle.

Search manager Dylan Baker said the hiker did everything right.

“They had a trip plan with someone back in town, they had satellite communications for getting help, when they needed help they stayed put and waited for it to arrive… it was exactly what we’d like them to be doing.”

Baker added that considering the circumstances, the dog was quite cooperative.

“It was its first time in a helicopter so it was a little unsure about the whole helicopter experience, but it warmed up to our crew pretty quick,” he said.