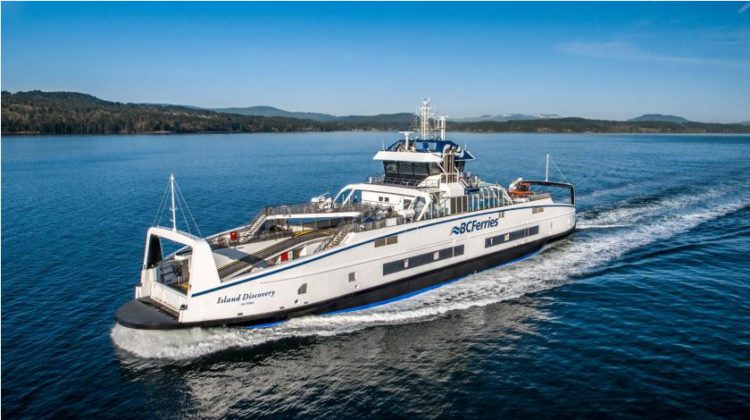 The Island Discovery is back up and running.

This comes after the BC Ferries vessel, which sails the Texada Island – Powell River route, was taken out of service last week due to a mechanical mishap.

After some temporary repairs, the ship was put back into service last Saturday morning.

On behalf of BC Ferries, she apologized to passengers who use that route.

“It was most unfortunate,” Marshall said.

“We did provide water taxis service for our customers and the Salish Eagle, which is the vessel that sails between Comox and Powell River, stopped at Texada several times a day but we certainly apologize to our customers, because it wasn’t the regular service they were used to.”

Marshall added that BC Ferries is waiting for a new part to arrive and when it does, engineers should be able to install it during the overnight hours, so it shouldn’t have any impact on future service.

The Island Discovery went into service in mid-June and is the first of a series of hybrid-electric ships designed for future full electric operation.

BC Ferries says these ships are fitted with hybrid technology that bridges the gap until shore charging infrastructure and funding become available.

Its entry into BC Ferries’ fleet allowed for the retirement of the 59-year-old North Island Princess, which served British Columbians for many decades.