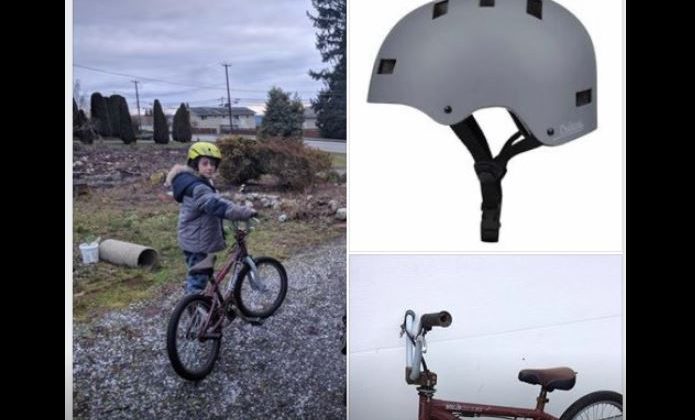 A Powell River mom says she’s overwhelmed by the kindness of strangers.

Through social media, they quickly pooled their money together to buy her 11-year-old son, Leland Butler, a new bike after it was stolen recently.

All told, 19 people collectively raised $625, after they learned that Leland’s Norco BMX was taken from the family’s home in the Cranberry area.

Leland’s mom Sophie posted on Facebook, asking for people to keep an eye out for her son’s stolen bike and helmet.

The news found its way to Clayton Jones, who came up with the idea and put the wheels in motion, while Karina Inkster facilitated the fundraising drive.

Inkster admits she has a love/hate relationship with social media but this is a good example of where it can be used for positive things in the community.

“It’s pretty incredible that 19 strangers got together to buy a new bike for a family that they don’t know,” Inkster said.

“It’s amazing. I think it speaks to the sense of community that we have here in Powell River. Things like stealing and petty theft happen in any community but I’d like our collective generosity to outweigh what has happened to this family.”

The outpouring of support is so great, there is a strong possibility that they will now be able to buy two new BMX bikes for both Leland and his brother Marcel.

Meanwhile, Leland’s bike has been found, but unfortunately, it was trashed.

“Yes it is unfortunate, I was hoping the bike would be found which it was because everyone looked out for it, although it was in really bad shape when it was found,” Sophie added.

“In all honesty, I was positively overwhelmed how everyone came together to help out. It really made a negative incident into something positive and reminds me of why I love Powell River and our community so much.”

Sophie said she is very thankful for the many people who donated.

“I can’t thank them enough but I always give back when and where I can for others in the community, so the kindness won’t stop here, I will pay it forward,” she promised. “That is another reason I fell in love with our community.”