Highway 19A at Ryan Road is the Comox Valley’s top spot for crashes: ICBC 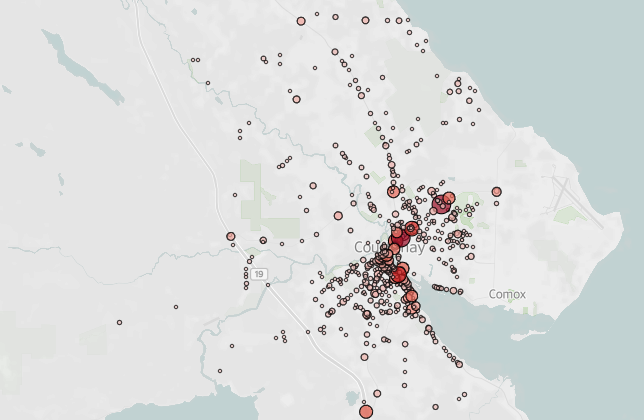 Map for Courtenay (Supplied by: ICBC)

There are some dangerous intersections in the Comox Valley.

New data released by the Insurance Corporation of British Columbia (ICBC) shares which intersections in town have seen the most crashes.

The province’s auto insurer recently updated its interactive map highlighting the top spots between 2015 and 2019.

In Courtenay, Highway 19A at Ryan Road took first place with 216 crashes over the four-year span.

Lerwick Road at Ryan Road wasn’t far behind with a total of 215 crashes, followed by 17th Street at Cliffe Avenue with 138 crashes.

More crash statistics for the Comox Valley, along with other municipalities on Vancouver Island can be found here.