Vancouver Island ‘considerably below’ average for forest fires this year 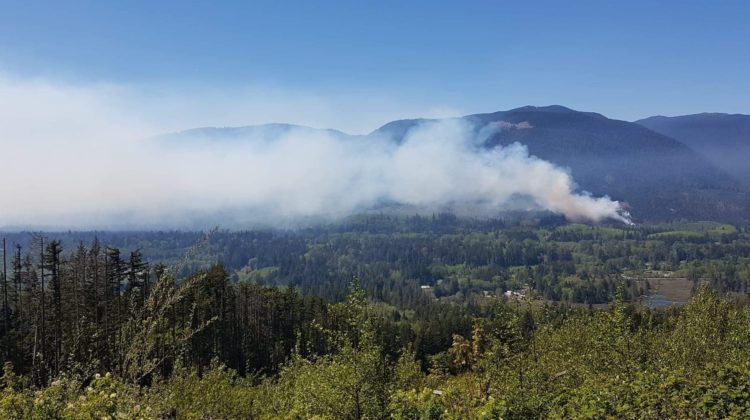 Image of the Sayward wildfire courtesy of Shannon Briggs.

Vancouver Island is well below the normal when it comes to the number of forest fires reported this year.

So far, only 70 fires have been recorded by the Coastal Fire Center, well below last year’s mark of 121 on the same date.

Fire Information Officer Donna McPherson says a big reason for this is because of the lack of constant warm weather on the coast.

“A huge part has to do with how is spring played out this year. We had a warm period early on and then it went into a series of precipitation events and those events were nicely spaced,” McPherson says.

“Just as the forest was starting to dry we got some more rain, and it was good rain. That pattern has extended right up until fairly recently. It’s not just the volume of rain, it’s the pattern that’s the most important. As long as the trees are getting hydrated decently well then, of course, they’ll have a little bit more resilience to fire.”

McPherson adds that another factor this year, was of course, not as many people camping or heading out to the wilderness due to COVID-19. She says the number of lightning-caused-fires was down as well with only 15, compared to 35 this time last year.

An open fire prohibition is also active for the Coastal Fire Center, meaning you can have a campfire but it can’t be any bigger than half a metre by half a metre.

McPherson says overall, Vancouver Island has a fire danger rating of moderate, with some parts of the North Island sitting at low. She added that a few sections north of Parksville and south of Nanaimo are listed as high.