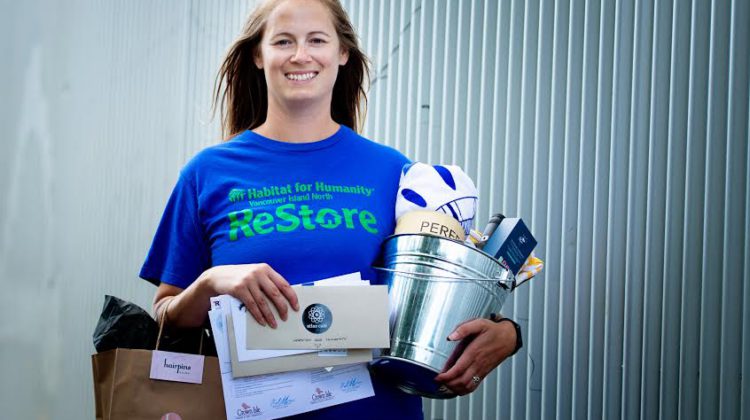 Habitat for Humanity Vancouver Island’s North’s first online action is about to pay off.

The organization says its #BidtoBuild Online Auction exceeded expectations by generating over $25,000.

This makes it one of Habitat VIN’s most successful fundraising initiatives to date.

They also plan to build three more homes in Campbell River and two more in Courtenay by the end of 2020.

VIN’s executive director, Pat McKenna said it was a risky time to hold any kind of fundraiser, particularly something they’ve never tried before, but they needed a way to make up for revenue lost due to COVID.

“The overwhelming support we received from the community has been emotional for everyone on our team.”

In addition to raising money for their affordable homeownership program, Habitat wanted to use this auction to highlight local businesses.

Before reaching out for donations, they gained the support of the Campbell River and Comox Valley Chambers of Commerce and the business associations in downtown Courtenay, Comox, and downtown Campbell River, who in turn shared the opportunity with their network.

Habitat VIN says the positive response from bidders and donors already has its team planning next year’s online auction.

They have even had several additional businesses reach out to commit to donate to #BidtoBuild 2021.

With the help of volunteers and Habitat homeowners, Habitat for Humanity builds affordable homes.

Locally, it has built 34 affordable homes on North Vancouver Island since founding in 2004.

Habitat does not give away free homes — the families who partner with the organization pay an affordable mortgage geared to their income and volunteer 500 hours with our organization.