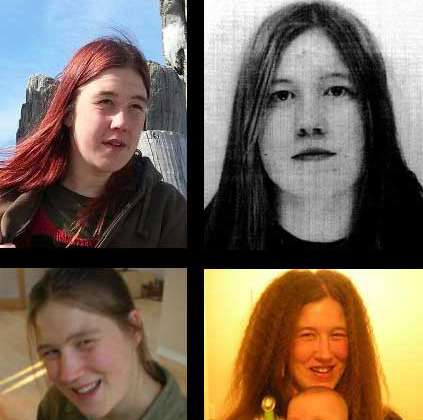 Police continue to investigate the disappearance of Julia STROBACH who was last seen in Courtenay, on October 31st, 2013, then 27 years old. Investigators have confirmed the last sighting of Julia was in the 1000 block of Braidwood Road, Courtenay, in the early evening hours.

As a result of information gathered through the ongoing investigation into Julia’s disappearance, RCMP investigators will be conducting ground searches at two Comox Valley locations today, April 21st.

Fifty officers with the Island District RCMP Tactical Troop are conducting meticulous searches of green spaces in the 4600 Block of Headquarters Road, and the 1000 Block of Ryan Road in Courtenay. As this is an ongoing investigation, police are not in a position to release more specific details on why they are focussing on these locations, or what they are looking for.

RCMP say for the last seventeen months, officers with the Comox Valley RCMP General Investigation Section have considered this case a priority investigation, contributing hundreds of investigative hours towards uncovering any evidence related to Julia’s disappearance. Investigators have spoken to dozens of people from across the province, conducted a ground search in the 1000 Block of Braidwood Road in Courtenay, and remained in regular contact with Julia’s family overseas. Despite these investigative efforts, and multiple public appeals through the news media and social media, few answers have surfaced.

Julia’s family, friends, and particularly her three year old son, deserve answers about what has happened to Julia, states Inspector Tim Walton, Officer in Charge of the Comox Valley RCMP. Despite the best efforts of our investigators over the past seventeen months, we have been unable to bring them solid information. We are appealing to anyone with information about Julia’s movements and activities in the days and weeks leading up to October 31st, 2013, to get in touch with us immediately.