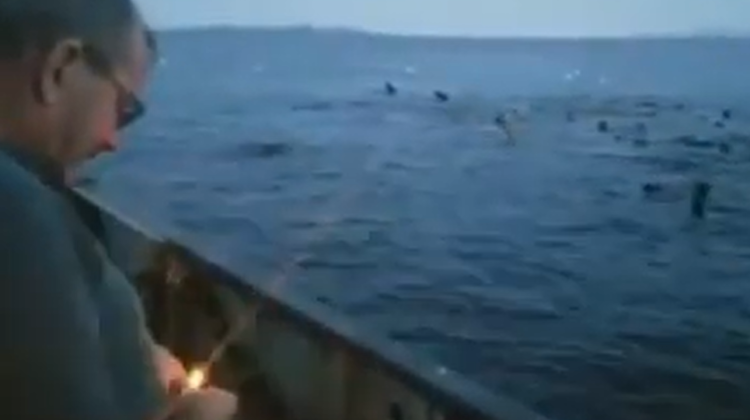 The case of the herring fisher who threw an explosive device into a group of sea lions has come to an end.

Marsden was fined $8,000 and prohibited from possessing explosives for the next three years.

Section 7.1(b) of the Marine Mammal Regulations states that: “No person shall disturb a marine mammal except… when fishing for marine mammals under the authority of these Regulations.”

The March 2019 incident in the Strait of Georgia made headlines after a video of it surfaced on social media.

At the time, Marsden told Vista Radio that the vessel had been surrounded by sea lions, and it was an attempt to make them leave.

“I personally have gotten attacked by a sea lion, three years ago, and safety is number one in my operation, to myself, and my crew, and the boat,” Marsden said at the time.

The video prompted a lengthy investigation by fishery officers from the Georgia Basin North Conservation and Protection detachment out of Nanaimo.

Charges were subsequently laid against Marsden on Feb. 26th.

His court appearance was initially slated for March 26th but was delayed due to the COVID-19 pandemic.

Fisheries and Oceans Canada says it “has a mandate to protect and conserve marine resources and to prosecute offenders under the Fisheries Act.”

It ensures and promotes compliance with the Act and other laws and regulations through a combination of land, air, and sea patrols, as well as education and awareness activities.

As part of Fisheries and Oceans Canada’s work to end illegal activity, the Department says it “asks the public for information on activities of this nature or any contravention of the Fisheries Act and regulations.”

Anyone with information can call the toll-free violation reporting line at 1-800-465-4336, or email the details to [email protected].