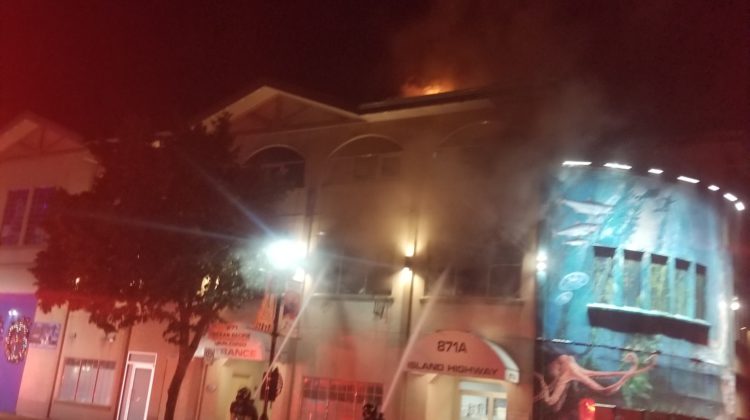 It happened after 10:00pm last night, in a three-storey commercial building along the 871 block of Old Island Highway.

Doherty said they knocked the fire down fairly quickly but not before it caused smoke and water damage to Miki’s Sesame Sushi.

He said that “certainly, the kitchen would have to be destroyed.”

All told, 22 firefighters responded through the night. Crews used two engines and two aerial apparatus to battle the blaze.

BC Ambulance was also on standby.

The investigation is ongoing, Doherty said.

“The building is closed, so we hope to do an assessment this morning just to see if we can enable some of those businesses to get back in there.”