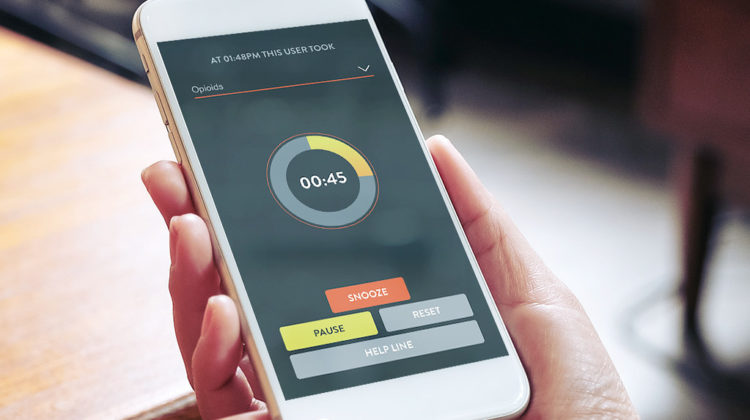 The Lifeguard App. (Supplied by the Province of British Columbia)

More updates to a phone app designed to save drug users from overdosing.

The Lifeguard App can be activated by a person before they take a dose.

The alarm will become louder, and if it hasn’t been shut off after a short period of time, a text-to-voice call will be made to 9-1-1.

With feedback from experts in the field, including people with lived and living experience, the app now includes options such as extending the alarm time from one minute to up to five minutes.

If the alarm goes to the activation screen, which often means the user is unresponsive and unable to turn it off, the app now has SAVE ME steps, including CPR instructions, as well as the first name of the user and the drug they took, so a nearby person can step in and assist before the ambulance arrives.

Other new features include links to 811 for medical advice, a Suicide Line, and to a crisis line to talk to someone if someone is feeling overwhelmed.

The new features are a collaboration between the Provincial Health Services Authority (PHSA), in partnership with regional health authorities and Lifeguard Digital Health.

“We continue to escalate our response to save more lives in the face of a drug supply on the streets that is more toxic and dangerous than ever before,” says Judy Darcy, Minister of Mental Health and Addictions. “This latest version of the app includes several important new features to meet the unique needs of people using the app and help prevent more tragic overdose deaths.”

“PHSA and our partners in government and other health authorities are committed to finding innovative solutions to address the ongoing overdose crisis,” said Susan Wannamaker, PHSA’s executive vice president of clinical service delivery.

“The Lifeguard App has already saved lives and these additional features will mean even more effective help and hope for those affected.”

According to Neil Lilley, the BC Emergency Health Services project lead, “While BC Ambulance paramedics and their firefighter first responder partners are often first on the scene, every minute counts so building in features that will instruct someone nearby until we get there can make the difference between life and death.”

“This app was designed to prevent overdose deaths, and we realize there are many factors that take people to that stage in their lives, so we’re trying to add more pathways to recovery for the person who is using drugs,” says Jeff Hardy, CEO of Lifeguard Digital Health

The Lifeguard App is free and can be downloaded at both the App Store and Google Play.

In some of these cases, dispatchers were able to speak to the user and confirm they were okay, however, in five cases, the person using the App was non-responsive – and BCEHS sent paramedics to revive them and take them to hospital.

These include two patients in the Okanagan and three in the Lower Mainland.