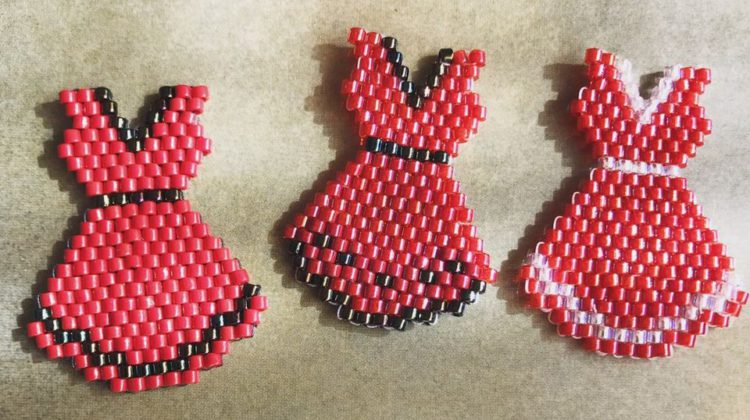 Families and loved ones want closure.

It’s the driving force behind the Lil Red Dress project, a group of volunteers who make beaded red dress pins and earrings, to fund signage for missing or murdered Indigenous women across Vancouver Island.

Co-founder Carla Voyageur says that like many groups, they’ve had to re-envision what they’re doing because of the pandemic.

“We’re all able to bead as much as we did prior to the pandemic but the other activities that we were doing obviously can’t be done, so we’re kind of re-thinking, how do we reach more people? People are at home.”

Voyageur says she and at least one other member have personal connections to missing or murdered Indigenous women.

“It kind of drives us to keep doing what we’re doing,” she added.

“Definitely there is a constant and growing support that we’ve been receiving over the last two years.”

The group members are in the middle of a week-long digital campaign where they’re sharing different information and images spotlighting missing and murdered Indigenous women.

Until recently electronic billboards in Nanoose Bay and a sign in Black Creek served as a constant reminder that two Indigenous women are missing.

And that Lisa Marie Young and Angeline Pete are not forgotten.

Pete was 29 when she was last seen boarding the SeaBus in North Vancouver in May 2011.

Young was 21 when she disappeared from Nanaimo in the summer of 2002. In the early morning hours of June 30, she left a house party with a man in a red jaguar and hasn’t been seen since.

They drew inspiration from a decades-old missing person case in the Comox Valley.

Two summers ago, on the 25th anniversary of Lindsay’s disappearance, her family put up three billboards in the valley, with the hope it would trigger memories and generate tips.

The billboards read ‘Missing 25 years’, ‘Someone Knows Something’ and ‘Call Comox Valley RCMP or Crime Stoppers’.

Seeing the signs last August had a lasting impact, sparking the idea of making the beaded red dress pins.