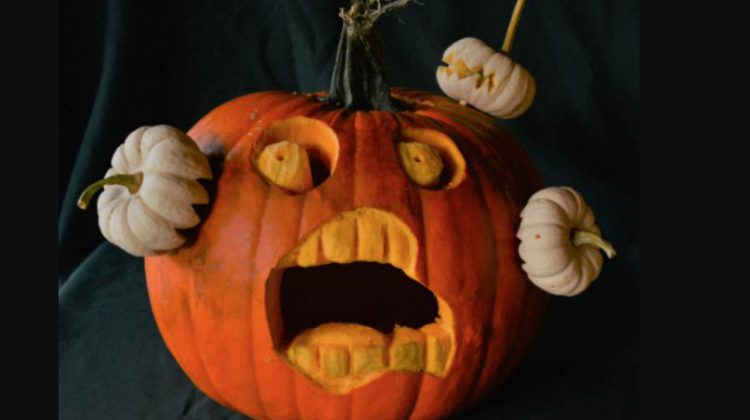 'Scared Joe' is one of the pumpkins that you can bid on. (Pumpkins for Polio website)

The clock is ticking to bid in the Rotary Club of Campbell River’s annual Pumpkins for Polio online auction.

You can bid on a pumpkin carved by Indigenous artists and artists from the Campbell River Arts Council.

Proceeds go toward the effort to completely eradicate polio worldwide.

Polio is a highly infectious disease caused by a virus that mainly affects children under five years old. The World Health Organization reports that it is 99 percent of the way to getting rid of polio globally.

Rotary End Polio Now Committee co-chair Pieter Koeleman explains the local efforts: “We began raising funds for the cause in the 1980s, and since then our local chapter of Rotary has raised over $90,000. Globally, Rotary’s goal is to raise $50 million, which their partner the Bill & Melinda Gates Foundation will double-meet. This means if we raise $10,000, then effectively, we’ll have $30,000 towards polio eradication.”

To explain Rotary’s success thus far — in the 1980s there were over 350,000 children infected across 125 countries. Now, there are approximately 100 cases in two countries.

You have until 2:00pm tomorrow (Oct. 28th) to bid on a pumpkin of your choosing.

You can link to the auction here.