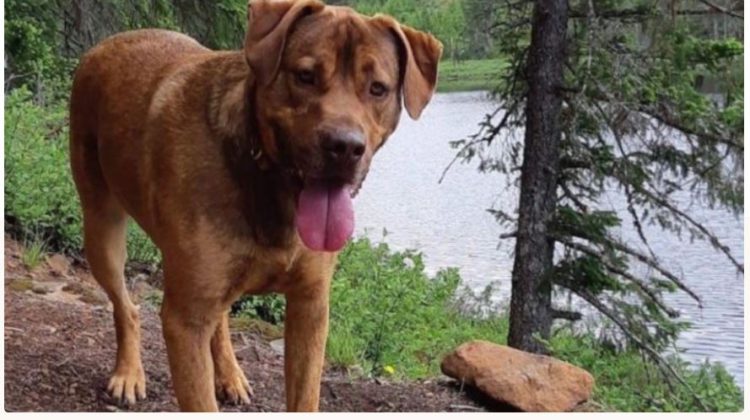 A Comox Valley dog is on the mend, but not out of the woods yet, after being hit with shotgun pellets.

Darren and Tara Nixon are still trying to make sense of why someone would shoot three-year-old Samson in the hind quarters.

Vets removed five pellets from Samson and after four extensive hours of surgery, had to remove his small intestine.

“He had extensive intestinal damage in the lower quadrant of his small intestine,” Tara said. “When the pellets go in, I guess they ricochet everywhere so it just makes a bloody mess, is what the vet said.”

Tara said the dog was let out of their home near Merville on Tuesday night, and came home in distress.

“He was walking and laying down, and walking. That’s when we realized (he was shot). I came up looking for my husband and I shone my lights on the back end of the dog and he was bleeding.”

She believes a hunter shot the dog in their field.

“It was deliberately done because at the time, the way that the angle of the pellets… somebody would have seen the dog,” Tara said. “It was just at that dusk when it was starting to darken, but at the time my husband said that it was light enough where they would have seen him.”

Tara says the piece of property is “coveted” by hunters, and the situation could have turned even more tragic.

“There are a lot of people who come on (to the property) illegally, thinking they can just go and hunt anywhere they want but you can’t do that. There should be a system where hunters need to be talking amongst themselves when they are on people’s properties like that, because things like this could happen,” Tara said.

“The thing is, too, a lot of the time my children are out walking the dog in the field and had it been a human with the dog, that would have been a terrible thing. You always have to be careful during this time of year because you know hunters are out there.”

As for Samson’s recovery, he is now at risk of septicemia, which is a serious bloodstream infection.

They spoke to the RCMP and have their suspicions about who shot the dog, but they can’t say for sure.

Tara does believe hunters are overstepping their boundaries.

“I think that over the years hunters have abused their position to come onto private property and really don’t give a s*** what the owners say or who has permission and they just walk on and sometimes that unfortunate thing happens with animals and humans.”

A GoFundMe page has been set up to help the family cover the costs.