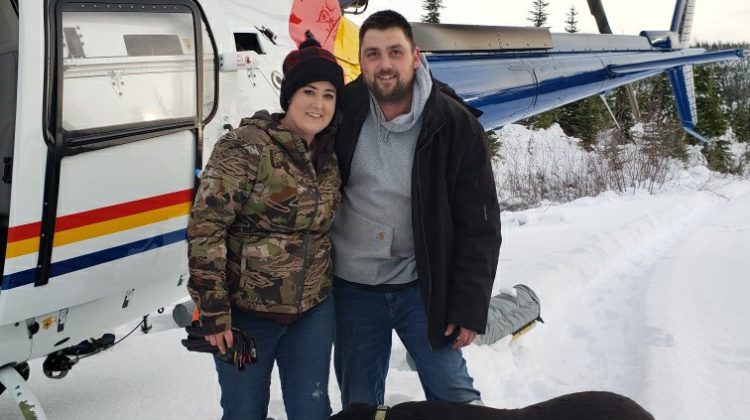 A missing Nanaimo couple and their dog are safe and sound after an RCMP Air 8 helicopter spotted them at Moriarty Lake.

Tamara Sandulak, Cody Martin, and their dog Rex had their vehicle break down back on Wednesday, and they decided to use their truck for shelter.

Nanaimo RCMP Constable Gary O’Brien said it was starting to look bleak, but he credits the couple for doing the right thing.

“We always held out hope given what we knew, which was that they were experienced in the outdoors, they were dressed well, and they’ve been in situations before where they realized, you always take shelter,” said O’Brien. “So, that’s the number one rule and that’s exactly what they did. Having said that, they were in the cold for three days, there was a lot of snow, the weather was changing, and it wasn’t looking promising.”

This morning, they ventured away from their vehicle until they got cell reception and called a family member.

“They were able to get some cell coverage and called a family member, their phone was pinged to Moriarty Lake, which is 16 kilometres northwest of the staging area that was set up by Search and Rescue yesterday,” said O’Brien. “Based on the ping, the RCMP helicopter was in the air and located them safe and sound, they were hungry and cold, but overall in relatively good health, including their dog.”

O’Brien thanks Nanaimo Search and Rescue, Mosaic Forest Management, and the Owner of Mike Gogo Cedar Products for all their help in finding the couple and their dog.