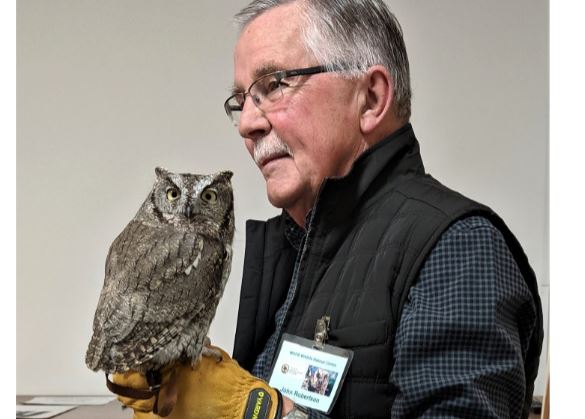 Better think twice before you lay down rodent poison on your property.

The centre added that it regularly treats poisoned owls and other raptors.

MARS manager of wildlife rehabilitation, Gylaine Andersen, says owls and other raptors rely on rodents as their main food source.

It can take up to two weeks for anticoagulant rodenticides to kill a rodent.

During that time, Andersen says they’re vulnerable to birds of prey, especially owls, who will eat the rodent and then get poisoned.

Andersen noted that prevention is the best way to rodent-proof your property.

“Don’t use anticoagulant rodenticides,” she said. “The best form of rodent control is prevention, so excluding them from the areas where they’re going to get to their food sources. Plugging up gaps or holes in your sheds or your chicken coop or wherever they are trying to get in to get to the food. And just keeping food sources contained so don’t keep food outside where it’s going to be accessible to rodents or other wildlife.”

MARS says placing these toxic materials in bait boxes does not prevent these deaths, adding that pets also die needlessly after catching poisoned rodents, and children are exposed environmentally.

These poisons persist and accumulate for many years after their initial use.

As well, rat and mouse populations rebound quickly after being poisoned, replacing their numbers by rapid breeding and movement into vacant areas.

MARS is asking you to write or email your MLA, asking for a ban on Second-Generation Anticoagulant Rodenticides (SGARs).

For more information on animals and rodent poisons, visit: defendthemall.org