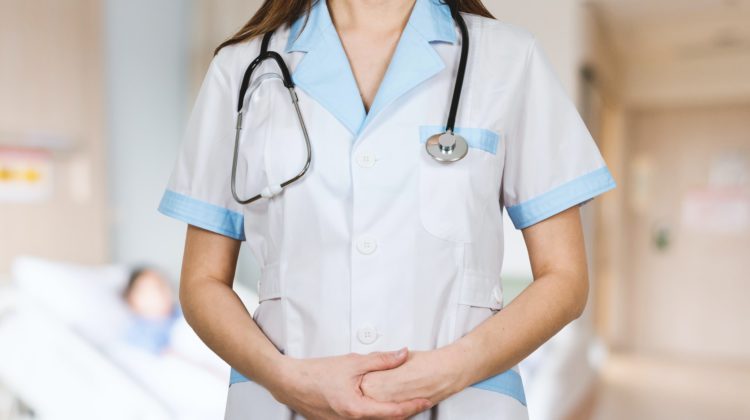 Nurses across BC work tirelessly to assist those who are in need of urgent care.

But who looks out for them when they are stressed over what they see on a daily basis?

Luckily, a nurse at the Vancouver General Hospital founded a PTSD Support for Nurses program for those feeling overwhelmed by the demand of the job.

Cecilia Yeung is an RN (registered nurse) and was diagnosed with Post Traumatic Stress Disorder following a workplace assault.

Yeung stated to Vista Radio her world was turned upside down after she was attacked by a belligerent patient.

“I noticed that my co-workers patient was feeling quite restless and leaning over the side rail to the point where I thought he was going to fall. So, I ran over to try and catch him and then I got kicked in the stomach out of nowhere and landed on another bedside, before I knew it I was on the floor choking, gasping for air and then I heard my co-worker shouting at me to move.”

“I looked over, and I noticed the patient was on the floor groaning, dragging his body and crawling towards me, I was terrified and couldn’t move, and the next thing I knew I was getting carried away.”

In the end, it took four security guards and at least 10 medical staff that was required to get the patient under control according to Yeung.

For Yeung, the ongoing troubles began shortly after the incident occurred.

“So two weeks later, the bruises were all gone but I was having persistent stomach pain on top of the physical discomfort where I had trouble sleeping because I was having nightmares and I was hyper-aroused being overly sensitive to my surroundings.”

“Then one day I heard my co-worker screaming for help, that really got my heart racing so I ran over and then when I got there I saw a patient punching and kicking, yelling and spitting and normally I would be pretty calm but I literally froze.”

“When I went to get some fresh air to clear my head, I thought I was ready, I was good but then as I was walking back to the ICU I started crying uncontrollably and I couldn’t return to my bedside and that is when I feared for my life.”

“That’s when I knew I was in deep trouble,” added Yeung.

After trying to work through the emotional pain for 14 months, Yeung was finally approved for psychological help, which eventfully inspired her to found PTSD Support for Nurses.

Yeung said the goal is to help those who are struggling not to reach the same level of pain she experienced while on the job.

“I don’t want anyone to have to go through what I have gone through but unfortunately I know there are health care providers who are suffering silently.”

To date, Yeung has spoken with over 300 medical workers from across BC through private messages and phone calls.

On top of the one-on-one assistance, she is collaborating with a psychologist researching the ways to implement self-care practice in the field.

BC Nurses Union President Christine Sorensen stated that nurses in Northern BC were already in a tough spot even before the pandemic began.

“Under a nursing shortage, we knew the job of a northern nurse was difficult because they were already struggling with less than 25% nurses than anywhere else in the province.”

“We found that 41% of nurses were reporting severe depression, 60% were emotionally exhausted and 57% reported high levels of burnout. Now as we enter the second wave or moving through the second wave of this pandemic, this is only amplifying nurses’ stress levels and COVID-19 is taking a personal and professional toll on their lives.”

While Sorensen could not endorse one program over another, she is encouraged by the steps health care workers are taking to protect themselves.

“They are seeking support from councilors, they are reaching out through social media but nurses need access to mental health professionals who have skills at addressing post-traumatic stress disorder.”

Sorensen would also like to see additional funding allocated by the provincial government so nurses can access these services that much quicker.

“The earlier nurses and others can get treatment the better off they will be and the more able they will be able to continue to do the work they are caring for British Columbians.”

If you are a nurse who is struggling and are looking to get help, reach out to ptsdhelpfornurses@gmail.com