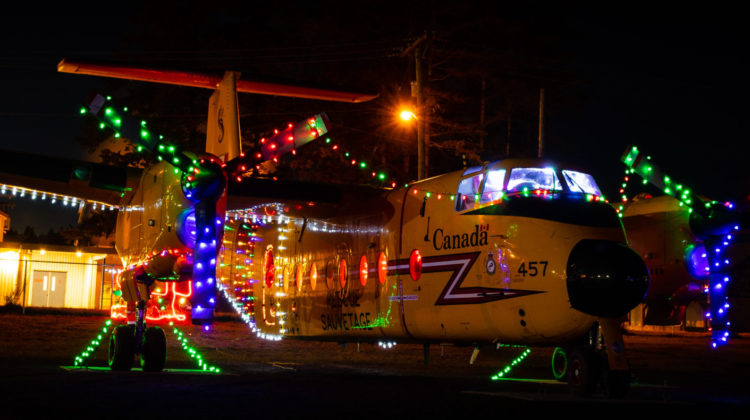 Covid-19 has put a damper on many people’s spirits this year, but as Christmas approaches, 19 Wing Comox is hoping to raise a little holiday cheer.

It’s decorated the aircraft at the Heritage Air Park for you to enjoy all December long.

The planes and helicopters will be lit up each evening from the time it gets dark to about 9:00 pm.

Each aircraft was “adopted” by a Wing unit or squadron, and decorated by a team of volunteers.

19 Wing Commander, Colonel Dany Poitras says it’s a small thing, but the hope is to bring a smile to the general public and members of the base this holiday season.

He is also hopeful, the decorations could be an annual feature at the airpark.

“We look forward to turning the Heritage Air Park Christmas lights into an annual tradition in the Comox Valley and hope that next year, the public will be able to come into the airpark to enjoy the aircraft up close.”

19 Wing is asking you to enjoy the displays from the safety of your car and reminding residents not to venture out for the sake of your health, and of public health.

The aircraft features, as well as the crews who decorated them, can be seen below: