Angus Reid poll shows over half of B.C.’ers plan to stay close to home at Christmas 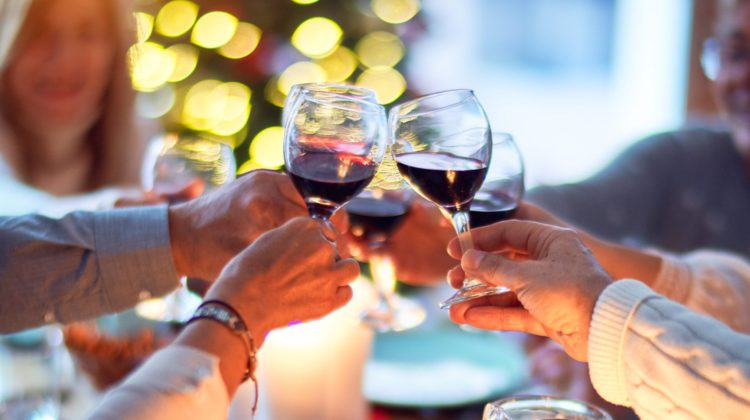 Photo by krakenimages on Unsplash

New data from the Angus Reid Institute shows just how much of an impact the pandemic is going to have on Christmas 2020.

Top of mind for many is the gut-wrenching decision on whether to spend the holidays with family or friends.

While most are choosing a solitary Christmas, the findings show that a significant segment of the nearly 5,000 survey respondents still plan on visiting people outside their household, either locally or out of province.

For the most part, British Columbians plan to stay within their own bubble, with 44 percent of respondents saying they are only seeing members of their own households.

On top of that, just six percent of B.C. respondents say they plan on travelling in and out of the province this holiday season.

The data was collected before the province extended its orders restricting all gatherings and events to Jan. 8, 2021, at midnight. This includes gatherings in people’s homes and in public venues. 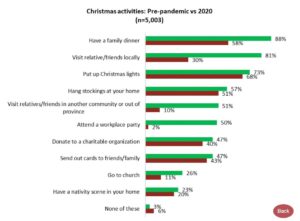 Meanwhile, 14 percent of Quebecers and Albertans plan to travel outside their households, despite daily numbers of new COVID-19 infections regularly setting records.

Across the country, three-in-ten (30 percent) say they will visit with friends and family locally. This includes 35 per cent in both Alberta and Quebec.

This is a fraction of the pre-pandemic proportion of 81 percent.

As well, one-in-ten Canadians, including more than one-in-eight Albertans and one-in-seven Quebecers, are still planning to travel outside of their communities for the holidays.

Perhaps most important for public health officials this year is that Canadians stay put, rather than risk spreading the coronavirus between communities with holiday travel.

In a normal year, half of Canadians (51 percent) would travel between communities or out of province to see friends and family, while this year just 10 per cent say they will.

Angus Reid collected the input in partnership with Cardus.