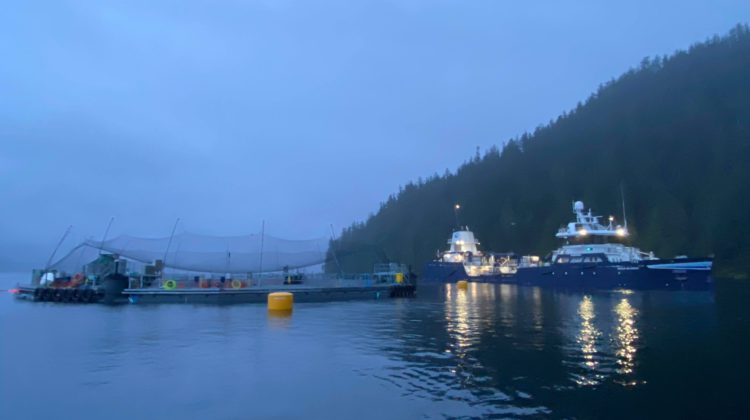 A trial is underway in B.C to test out a new Semi-Closed Containment System (SCCS) for pacific salmon farming.

Cermaq Canada is launching the new device to see how it will work in pacific waters because a similar one in Norway has already seen good results.

It uses a specific material to form a barrier around the system, which eliminates interaction between wild and farmed salmon while providing additional benefits for the farmed populations.

“We are excited about the start of the trial for several reasons. The first is the potential benefits for salmon, as trials in Norway have shown us that the system essentially eliminates the transfer of lice from wild salmon to our farmed populations,” explains Managing Director David Kiemele.

Brock Thomson, Innovation Director says “the hope is that this will potentially eliminate harmful algae and sea lice from entering the system.”

The trial will run until the summer of 2022 at the Millar Channel farm site on western Vancouver Island.

Cermaq says during this trial period, there will be two groups of fish tested, one who will spend their lives in the traditional farm system and another that will be transferred from the SCCS at into a traditional net-pen system to test the performance and influence of the system.

To learn more about the project, visit Cermaq Canada’s website.