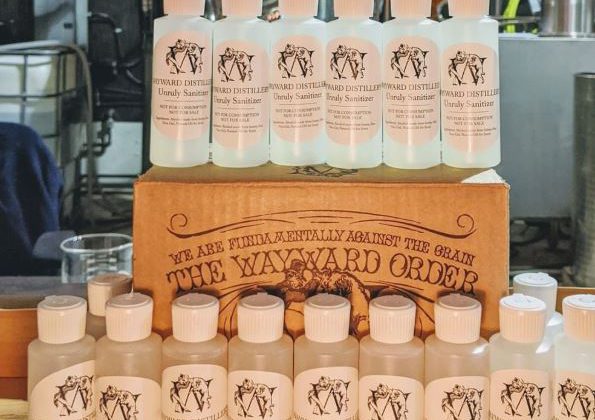 They say after small local distilleries produced tens of thousands of litres of hand sanitizer for free for months, the Liberal government gave paid contracts to large companies like Fluid Energy Group and Irving Oil.

New Democrats are calling for more financial support for these distilleries.

Shelter Point Distillery in Oyster River, Wayward Distillery in Courtenay and Ampersand Distilling and Stillhead Distillery in the Cowichan Valley are among those across the country that produced the hand sanitizer during the first wave of the pandemic.

This, despite having to close their doors to the public and losing their source of income.

The federal NDP has been advocating for increased supports to small businesses since the start of the pandemic, including backdating the Canada Emergency Commercial Rent Assistance (CECRA) to April 1st.

He says that for months, distilleries across the country “dropped everything and started producing hand sanitizer to help people stay safe and stop the spread of the virus in their communities.”

“Hand sanitizer was in such high demand and, in most places, it was almost impossible to get. These businesses stepped up and helped out even though this meant they weren’t making the products they got paid to make.”

Johns said that after small businesses did this at a financial loss, “it’s really a slap in the face that this government then paid huge companies to do the work they’d been doing for free.”

“So many industrious businesses on the Island stepped up and did their part to help out their neighbours and community. If the pandemic has shown us anything, it’s that we all do better when we take care of each other,” said North Island-Powell River MP Rachel Blaney.

“It’s incredibly disappointing to see that the government doesn’t have small businesses’ backs the way that they should.”

We have reached out to federal Minister of Small Business, Mary Ng, for a response.