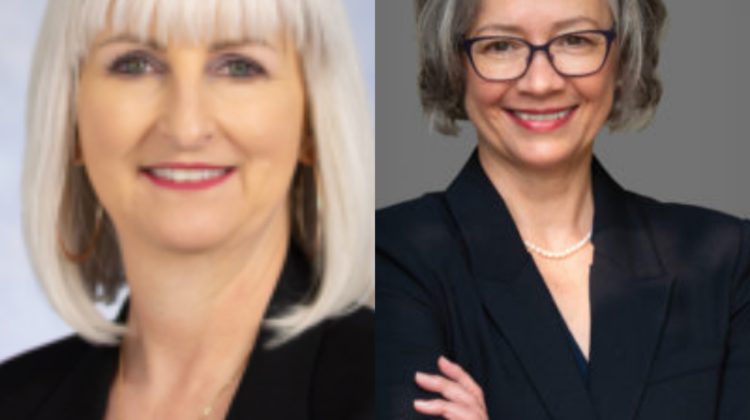 (Photos supplied by BC Teachers Federation and Ministry of Education)

The decision to not extend the holiday break for students continues to be discussed by the Ministry of Education and the Teachers Federation.

Dr. Bonnie Henry mentioned the school calendar will remain as is even though some post-secondary institutions have pushed back the winter semester to January 11th.

“This issue wasn’t ever formally raised by any education partners or something anybody wanted to see happen and what happened this week is that the provincial health officer Dr. Henry confirmed that there was no reason to alter the school schedule.

“There was not a formal proposal that was raised or a formal suggestion to extend it and I think what happened was just confirmation they were sticking with the established calendar.”

However, BC Teachers Federation President Teri Mooring stated it was the lack of communication from the province that raised some eyebrows.

“The issue was, is that a decision was made that directly impacts teachers without any consultation with us. There is a ministry steering committee with all of the stakeholders from K to 12, issues are to come to that table and feedback is to be sought.”

“When decisions are made by the government then a rationale needs to be provided – that process was not followed it was a unilateral decision without any conversation. We were really disappointed that teachers heard this for the first time publicly at a hearing, there is no way that should happen.”

“What I am hoping is that due to our action at the Labour Relations Board they suggested some changes to the steering committee’s terms of reference and it was suggested and they suggested at appointing a coordinator in order to enhance communication. The government has appointed the communicator and the committee is looking at the process of the changes to the terms of reference so we are hoping those help streamline the communication.”

Like the rest of the province, there is increased worry over the spike in exposure events at northern schools.

Despite calls from the public to shut schools down again due to the increase COVID-19 community transmission, Whiteside stated they aren’t seeing a major drop in students attending class even after exposure is known.

“Of the 90% of students that are attached to a school, 80% of those are actually in a seat, in a classroom. I think what that shows us is there is actually a high degree of confidence in the system. We aren’t seeing really dramatic fluctuations in attendance and we are monitoring that really closely every day.”

“There is a lot of engagement happening around us but I think that kids, for the most part, see a lot of value in being with their peers and having the opportunity have some structure and stability in their lives and I think everybody is concerned about learning loss.”

Mooring, on the other hand, would like to see the BCTF’s proposed stricter measures such as a more enhanced mask policy put in place for the remainder of the second wave.

“There isn’t a health authority that is not seeing increased numbers. We are looking for that mask policy to be extended and we are looking for a reduction in classroom density so that physical distancing can happen. What we are really seeing is that there isn’t a community that’s immune to this virus, we are seeing larger and larger numbers outside of the Metro Vancouver area and that is great cause for concern, especially in the smaller communities where it can spread very quickly.”

“We’ve got cases where students are being asked to isolate and even entire classrooms having to isolate so we see some disruptions to learning even in the spring and those disruptions are concerning. We are concerned that those more vulnerable learners will be much more impacted and this is one of the reasons why we are asking for the provincial assessments to be suspended for this year. We do not think the FSA’s should go-ahead and we do not think the secondary assessments should go ahead either because this is not a normal year – there has been a lot of disruption and a lot of stress.”