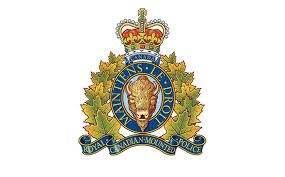 On April 23rd police received a report of a theft of a donation container from the Cumberland Museum. The container was seen in the possession of two young males shortly after the theft. This investigation is continuing.

The Comox Valley RCMP was dispatched to a report of a male committing an indecent act in a vehicle near the children’s playground at the Comox Recreation center on April 24th. The vehicle had departed the area prior to police attendance was located shortly after. This investigation is continuing.

On April 25th police attended a single vehicle collision that had occurred on the 6500 block of the Island Highway North near Merville.

The investigation revealed that the driver of the vehicle was under the influence of prescription medication that was to be taken at night due to its side effects.

The driver was charged with driving without due care and attention and given a 24 hour driving prohibition.

Police received a report of a Mischief to picnic tables at the Cumberland Elementary school on Ulverston Avenue over the week-end. Several racial slurs were written on the tables and a window was smashed.