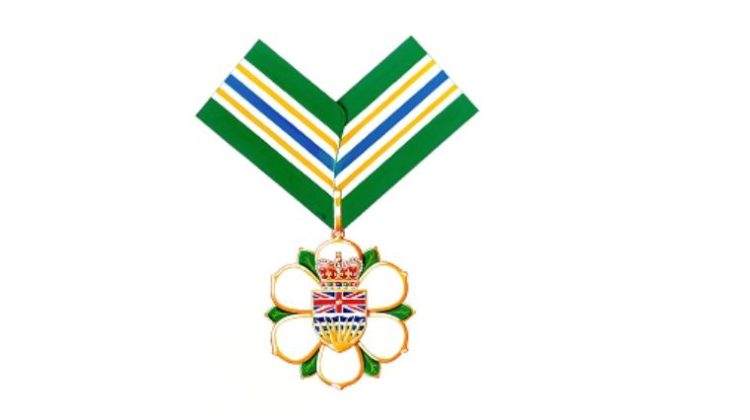 Order of BC. (Supplied by the Province of British Columbia)

Here’s your chance to nominate someone for B.C.’s highest honour.

The province is accepting nominations for the Order of British Columbia.

The award honours British Columbians who have demonstrated outstanding achievement, excellence, or distinction in a field that benefits people in the province or elsewhere.

You can nominate anyone who has left a lasting legacy in their respective fields.

“Every year, we have the opportunity to recognize British Columbians whose legacies improve our lives, lift our spirits and support our communities,” said Janet Austin, B.C.’s lieutenant governor, who is responsible for the Order of British Columbia.

“I encourage you to nominate those exceptional individuals who exemplify the best of British Columbia.”

Nominations will be reviewed by an independent advisory council, chaired by the chief justice of British Columbia.

Because of COVID-19, the nomination deadline for the Order of British Columbia has been extended to April 9th.

“In a global pandemic that has turned our lives upside down, so many people in our province have gone above and beyond to make a difference in the lives of others,” said Premier John Horgan.

“Now, more than ever, I hope you’ll take the opportunity to recognize and celebrate some extraordinary contributions and achievements by British Columbians.”

In addition to the Order of B.C., people may nominate individuals for the province’s other honour: the Medal of Good Citizenship.

The medal recognizes people for their exceptional long-term service and contributions to their communities without expectation of remuneration or reward.

The medal reflects their generosity, service, acts of selflessness and contributions to community life.

Nominations for the Medal of Good Citizenship are accepted year-round.

For more on the Order of B.C., click here.

You can find out more about the Medal of Good Citizenship here.