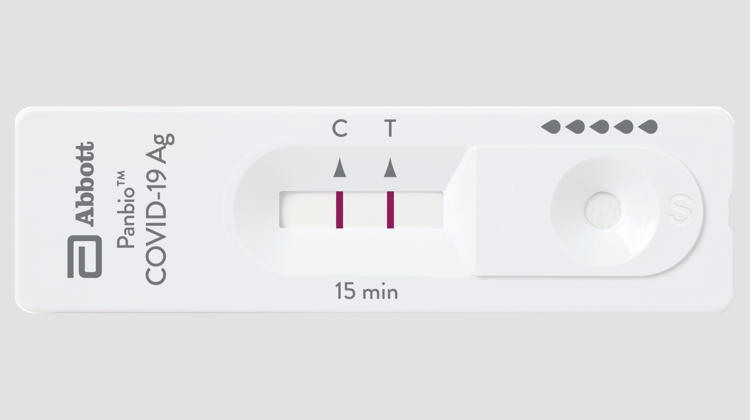 With B.C.’s immunization program slowed because of limited supplies of the Pfizer-BioNTech vaccine, the BC Care Providers Association says the government is “duty-bound” to deploy a rapid-testing program.

The BCPA wants this program for staff, residents and essential caregivers who are not yet vaccinated.

The group points to new reports from the World Health Organization and Health Canada, that bolster the case for immediate expansion of rapid testing in B.C.’s seniors care homes.

“While we commend the province for taking a step forward with a pilot program several weeks ago, it’s now time for B.C. to scale up its rapid testing efforts to include seniors care homes province-wide,” says BCCPA and EngAge BC CEO Terry Lake.

“With 1.3 million rapid test kits purchased by the federal government currently warehoused in B.C. and ready for use, getting the kits into the hands of seniors care providers should be a top priority for preventing the spread of SARS-CoV-2 in the seniors population.”

“The program has already identified multiple asymptomatic COVID-19 positive healthcare staff, including one example that prevented a potentially deadly spread of the coronavirus in a long-term care home,” BCCPA said in a release. “While no screening test is determined to be 100 percent accurate, rapid tests bring a critical layer of prevention against the spread of COVID-19.”

The BCCPA says the province has “hundreds of thousands of Abbott Panbio COVID-19 antigen rapid test devices, which are simple to transport and deploy.”

Nova Scotia has successfully launched a rapid test program using the devices, powered by volunteers with no medical background.

Ontario has been using rapid tests in conjunction with lab-based testing since November.

“By being overly cautious about using the tests in long-term care and assisted living homes, we are missing an opportunity to bring quality of life back to seniors during this pandemic. Critics have pointed out that B.C. has the most restrictive visitor policy in the country,” says Lake.

“We know that rapid antigen testing two-to-three times per week among care staff that have not been vaccinated can be managed effectively. Rapid tests can reduce transmission from residents transferred from acute care into care homes as well. B.C.’s seniors care providers are prepared to support rapid testing so that their residents, staff and essential caregivers are kept safe.”

Last week, the federal government’s COVID-19 Testing and Screening Expert Advisory Panel released a report with four priority areas of action, including “accelerating the use of rapid tests, primarily for screening.”

The panel recommends targeting rapid testing at selected groups, particularly in high-risk settings. Health Canada has purchased nearly 11 million of the Panbio Ag tests and distributed them to each province on a per capita basis.

The BCCPA says the WHO has also just recently updated its guidance, “noting that one of most effective interventions to prevent the control and spread of the virus in long-term care communities is the screening and testing of residents, staff members and visitors.”

“Before ruling out rapid testing as an option it is important for our public health officials to hear from seniors care providers directly, in order to appreciate the lengths they will go to stop this virus,” Lake said.

We have reached out to the B.C. Ministry of Health for a response.