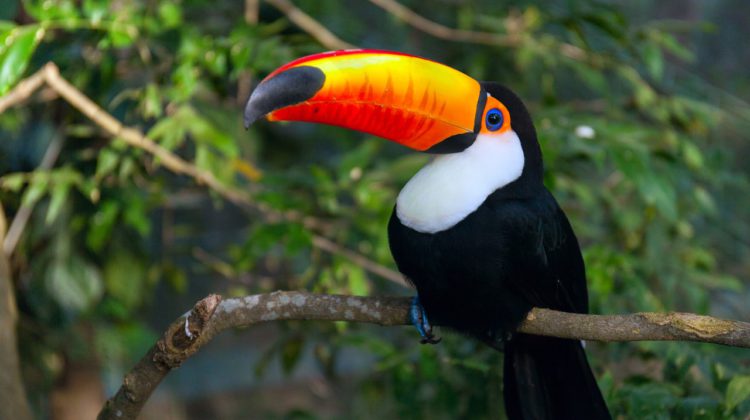 Photo provided by the BCSPCA

The BC SPCA is calling on Canadians to sign a petition forcing the federal government to end the international and domestic trade of exotic birds and other wild animals.

Dr. Sara Dubois, chief scientific officer for the BC SPCA, says a case last month where 50 parrots and toucans from Guyana were held at Vancouver International Airport on their way to Japan is just one small example of the suffering inflicted on exotic animals exploited by global trade.

In that instance, one toucan was found dead and several others without food.

“The exotic bird trade is immense, involving thousands of species and millions of individual birds each year,” says Dubois.

“At any given moment, untold numbers of birds are being caught and shipped around the world. Some are destined for the pet trade here in Canada. Others will merely pass through our borders on their way to being sold as pets in other countries.”

Dubois says birds come to Canada from as far away as Africa, Asia and South America and Canada also serves as a stopover for shipments of birds on their way to other countries.

She adds that no matter where they come from or where they end up, the trade causes birds to suffer.

“For example, before they even reach the consumer, as many as 75 per cent of parrots taken from the wild die from stress, disease, rough handling, crushing, asphyxiation or dehydration during capture and transport.”

Dubois says birds are “often overcrowded in poorly ventilated containers without protection from fluctuating temperatures and are not provided with adequate food and water.”

The BCSPCA is encouraging you to sign the petition or help by taking the following steps: