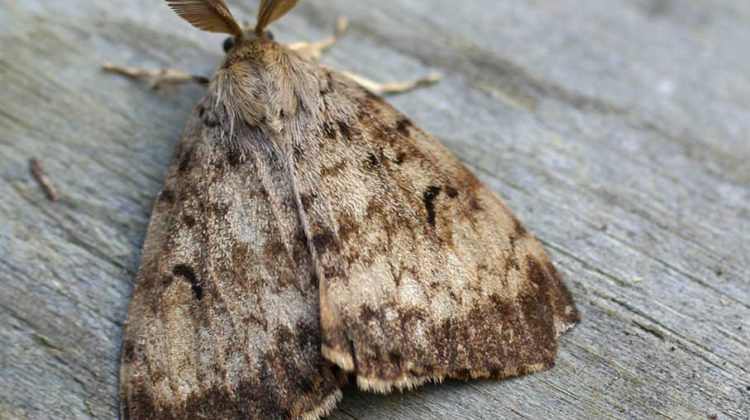 As gypsy moths continue to show their true colours, eating away at forests in Ontario and eastern United States, the Province wants to stop the “pest species” from establishing itself on Vancouver Island.

The caterpillars, well known for feeding on tree leaves, hitch rides here on out of province vehicles.

Last year alone, a total of 51 adult gypsy moths were trapped in B.C. Five were spotted in Courtenay, with another one found in Campbell River.

To stop gypsy moth populations from becoming established and to minimize the risk they pose to forests, farms, orchards and trees, the B.C. government wants to conduct aerial-spray treatments in the Courtenay area this spring.

The massive treatment area is located near Highway 19A, between Rennison Road and Veterans Memorial Parkway.

Officials applied for a pesticide use permit to aerial spray all 187 hectares of agricultural, residential and commercial properties.

Trapping and monitoring results show clear evidence of gypsy moth populations growing in the proposed treatment area, the Province says. If left untreated, they say the invasive moth could spread to other areas.

Crews plan to spray Foray 48B, a pesticide often used in organic farming between April 15th and June 30th. It contains Bacillus thuringiensis var kurstaki (Btk), first approved for the control of gypsy moth larvae in 1961.