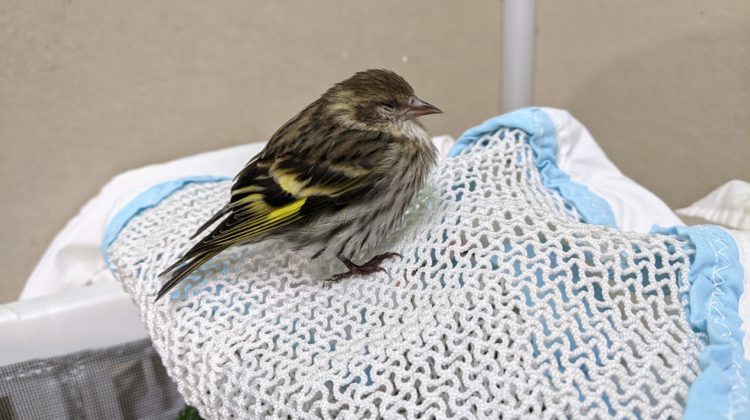 Photo provided by the BC SPCA

The BC SPCA is asking you to remove your bird feeders for the time being.

The organization says it’s because a deadly salmonella outbreak that has spread throughout the province, especially on South Vancouver Island.

“2021 has gotten off to a rough start for pine siskins on southern Vancouver Island and the rest of the province with a deadly outbreak of salmonella,” says Andrea Wallace, manager of wild animal welfare.

So far in January, the BC SPCA’s Wild Animal Rehabilitation Centre (ARC) has admitted 43 pine siskin birds with many of them showing signs of disease but few surviving.

“Salmonella is a severe and contagious disease so we’re asking people to temporarily remove, or at the very least clean, their bird feeders and birdbaths to prevent further spread of the disease,” says Wallace.

The BC SPCA is asking that if you don’t bring your bird feeders and birdbaths inside, that you:

If you see sick birds at your feeder or in the area, immediately remove or clean your bird feeders to help curb the disease.