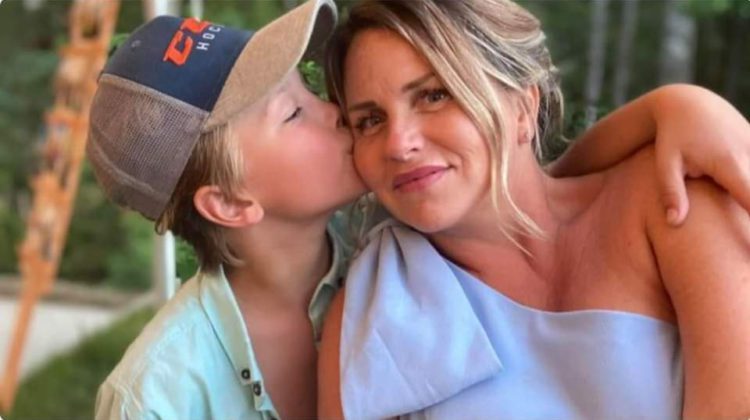 Photo of Trish Chappin Gibb, taken from the GoFundMe campaign

Friends, family members and residents of the valley are coming together to support a well-known Comox Valley woman in her fight with cancer.

Gibb is an active member of the community and is well known for her role with both the Comox Valley Minor Hockey Association and the Huband Park school family, and worked at a local car dealership.

Her close friend, Crystal Madill is leading the charge with many fundraising events including a GoFundMe, a head-shaving ceremony, and an auction for Huband School.

Madill says it’s a tough time for the family, so she is hoping the community can come together to help out in any way possible.

“Through the pandemic and the risk of her getting ill, her husband can’t work either so we’re just really trying to take as much stress off the family as we can.”

“Trish is an incredible family woman; she has two grandchildren, three grown children and Wyatt who is her youngest son is 10 and is still at home. She’s got a lot of people that were counting on and depend on her and that she was a big part of their lives, so whatever we can do to help her would be awesome.”

Trish will be undergoing her first Chemo treatment today, so Madill will be shaving her head to stand in solidarity with her.

“Based on the battle that she’s going through it’s the least that I could do.”

If you would like to support Trish Chappin Gibb in her fight with cancer, you’re encouraged to check out the GoFundMe page, and contribute to the online auction happening later this week.