How many men are missing on Vancouver Island? 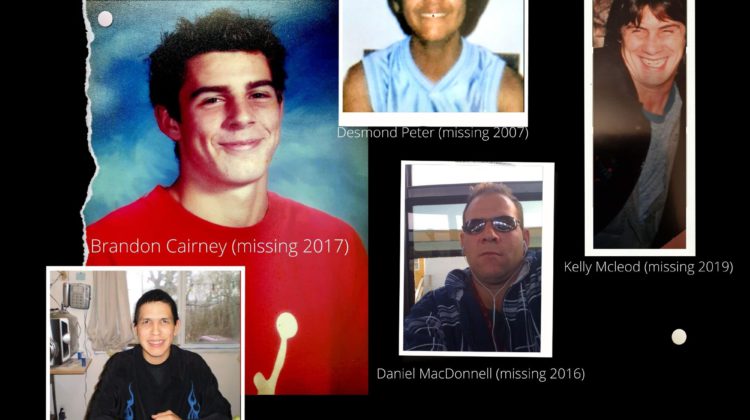 That’s the question an independent investigative journalist in Port Alberni is trying to answer.

Laura Palmer left her job at CBC in Vancouver a couple of years ago and decided she would look into the case of Lisa Marie Young, a Nanaimo woman who went missing in 2002.

Palmer says through her research, she’s noticed many men on the island have also simply disappeared without a trace.

“During the course of my investigation into her story, I joined a whole bunch of missing person groups and groups that talk about crime on the island. One of the things I noticed early on was a lot of people saying “why isn’t anyone talking about the missing men, ‘why aren’t people asking questions about the missing men’, why aren’t their stories getting more attention’.

Palmer explained that she is focusing on cases where there have been no leads after one year because most (98%) missing person cases are solved within that one-year time frame.

Another interesting thing she discovered was that a lot of the men she is investigating have a few things in common.

“One is that they are men between the ages of 14 and 51. They are men who have some measure of disability or trauma in their lives, and so were living a life that had some challenges.”

“And Because of that, many of these men spent a lot of time alone and some of that time alone was spend walking or on their bike near the highway.”

In total, Palmer is taking a deep dive at 5 different missing persons on the island, and she says the hope is to give these cases more attention in the community.

“The goal of this series is to raise awareness of these men and draw attention to their stories and also just to start a conversation about the context in which these men are going missing.”

“These are guys whose families say they just didn’t fit in their communities, they didn’t have the resources, they didn’t have a place to go. I’m hoping that Gone Boys will really start a conversation about what we can and should be doing to make sure men like these men feel like they are a part of our community and that they’re welcome here on the island.”

Palmer is sharing her investigations through a Podcast called Island Crime: Gone Boys, which can be found anywhere you can listen to a podcast. She says the first episode will air on Monday, February 8th, 2021.