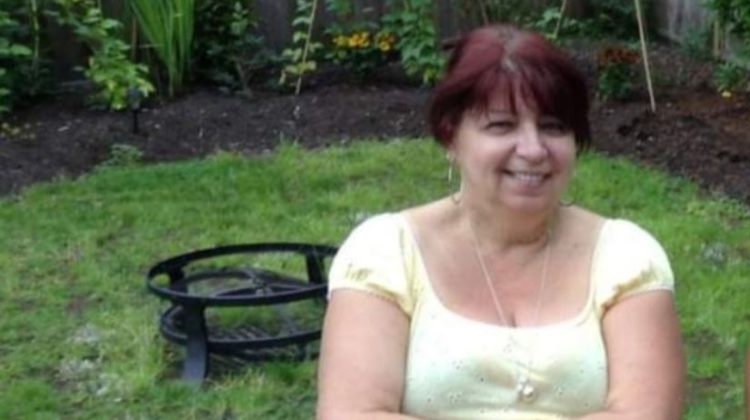 Dorothy Slade, pictured in a GoFundMe page set up on her behalf, was helped by a stranger after she suffered a medical episode in Campbell River on Feb. 9th. (Supplied by Rhonda Bobocel)

A Campbell River woman has a complete stranger to thank for coming to her rescue in a dire emergency.

On Feb. 9th, Dorothy Slade was driving to her job as a home care support worker when she started feeling extremely unwell.

She pulled into the first driveway that she could see in the Ocean Grove neighbourhood, and began honking her horn for attention.

That’s when a man named Bruce came to the rescue.

“He came out with no shoes on and rushed to my mom and saw she wasn’t doing so well so 9-1-1 was called,” said Slade’s daughter, Rhonda Bobocel.

Slade then passed Bruce her phone, and he called Bobocel to tell her what happened and that he was waiting with her until paramedics arrived.

Once Slade was taken away by ambulance, Bruce drove her car into his long driveway and closer to his house for safekeeping.

Bruce then called Bobocel again and gave her his address if she wanted to pick her mom’s car up while she was in the hospital.

Bobecel has nothing but extreme gratitude for all that Bruce did for her mom.

“He was just such a nice gentleman, just to help some complete stranger and I am also very proud of my mother knowing to pull over and to honk her horn because she couldn’t speak very well… she was having some problems,” she said. “So he just came and knew what to do right away and helped her.”

Ironically, Bobocel found out later that Bruce used to live in the same house that her mom lives in now.

“What are the odds of that?” she asked.

Slade is now recovering in the hospital with an aggressive form of vertigo.

“She is going to be released when she’s feeling better,” Bobocel said. “We’re looking forward to getting her home, getting her own home support set up – that’s what she’s done for a living for over 20 years in Campbell River – so now she’s the one that needs to be taken care of.”

Meanwhile, Bobocel says Bruce strengthens her faith in the community even more than before. “From the bottom of my heart, I am so happy that we have such amazing people in our community willing to help complete strangers.”

Bobocel has started a GoFundMe page to help cover day-to-day expenses for her mom while she is in the hospital.

“The last thing I want my mom to worry about is anything financial,” Bobocel said. “I just want her to focus on getting better and being healthy. We all miss her so much and we just want her home.”

You can link to it here.