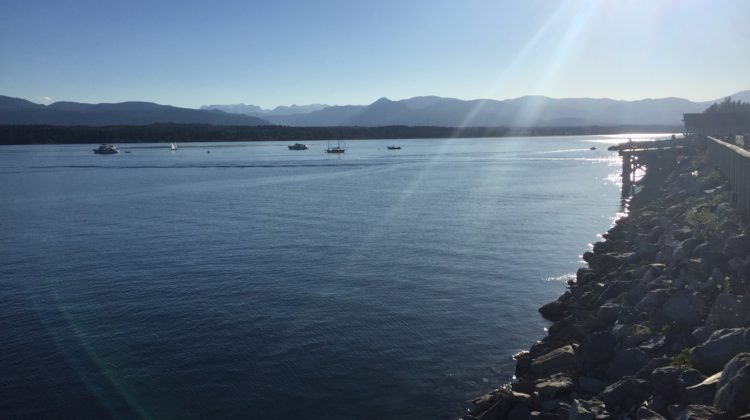 The sun shot down in Comox (Vista Radio staff photo)

Meteorological spring is here and Environment Canada says we have a week to go until the sunshine will show its face.

Meteorologist Armel Castellan says while temperatures are set to increase across most of the island and Sunshine Coast, we won’t get to see the sun until next week.

“We’re actually dealing with a time of year where we are emerging from the deepest part of winter. I would say that we are trending upwards no matter what. Right now the forecast does look like we’re going to emerge from these relatively dry few days into a bit wetter.”

“Probably the hardest rain will be on Thursday for Friday but it’s kind of off and on again showers for the next week or so before we see a break being likely around the early next week and then we hit a bit of a dry spell again and into the more sun and clouds as opposed to rain falling from the sky,” explains Castellan.

Thanks to ongoing La Nina conditions, he says it could take a little longer than normal to reach those springtime temperatures.

“It’s not to say we’re not going to see temperatures bounce back from the depths of winter and of course winter came late, but we will emerge from that maybe a little bit slower than we would in previous springs in recent years where we’ve seen very warm springs.”

He adds that because rain is in the forecast, anything at higher elevations could still get some snow before it officially feels like springtime.

“At this time of year, normal highs are still about eight or nine degrees, lows around two degrees so were still not totally out of the woods in terms of higher elevations getting that chunky rain or snow potential.”

Castellan says that includes areas like Ucluelet and Tofino with Sutton Pass and the Port Alberni summit, along with the stretch of highway between Campbell River, Woss and Sayward, as well as over to Gold River.