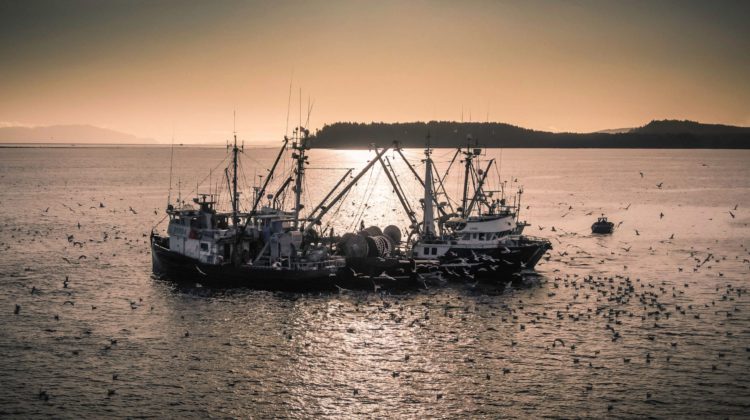 Critics are sounding the alarm with the Pacific herring commercial fishery underway this week.

The seine fishery opened on Tuesday (March 9th) at 6:00pm.

The Department of Fisheries and Oceans (DFO) has set the harvest rate at 20 percent of the spawning herring population, which is the same as last year.

That means the Strait of Georgia’s harvest rate will cap out at 16,330 tonnes.

The DFO has maintained that fishing opportunities are available in areas where “the stock abundance of herring is sufficient to support sustainable fisheries.”

Conservation groups disagree and have pushed for a moratorium.

Groups including Pacific Wild and Conservancy Hornby Island (CHI) say that herring in the Strait of Georgia has dwindled by 60 percent in the last four years.

“As with oceans around the world, Salish Sea ecosystems are on the brink” stated CHI chair, Grant Scott.

CHI says that of the five herring fisheries that the DFO has managed on the B.C. coast, “four have collapsed, leaving the Strait of Georgia as the only remaining viable herring spawn on the coast. This brings concern to Hornby islanders that the same management methods will bring the same results – disappearing herring.”

“Orcas eat salmon, salmon eat herring, we have an entire ecosystem and way of life at risk of collapse in this region, not just a commercial fishery,” Scott said.

“The outdated 20 percent science is not enough to ensure the future of herring, how can we open a fishery when there is a tremendous window of risk that this could be the last spawn in the Strait?”

“In simple terms the current DFO science does not meet international standards for a sustainable fishery” explained CHI’s Locky MacLean.

“We know the Pacific herring stocks are not doing well, and there is not enough protection for herring under the current framework” added Dr. John Neilson, a former DFO Scientist Emeritus.

“It is business as usual right now for the Salish Sea fishery and an unnecessary risk to go full speed ahead.”

Neilson notes that there is an urgent need to complete the implementation of the Precautionary Approach to protect herring populations from reaching a critical point.

Coast Salish First Nations say they are concerned if the herring can survive another season of business as usual.

The call is echoed by CHI as well as 53 towns, cities and districts of the Association of Vancouver Island and Coastal Communities (AVICC), 63-plus NGOs and businesses, and 180,000 petition supporters.