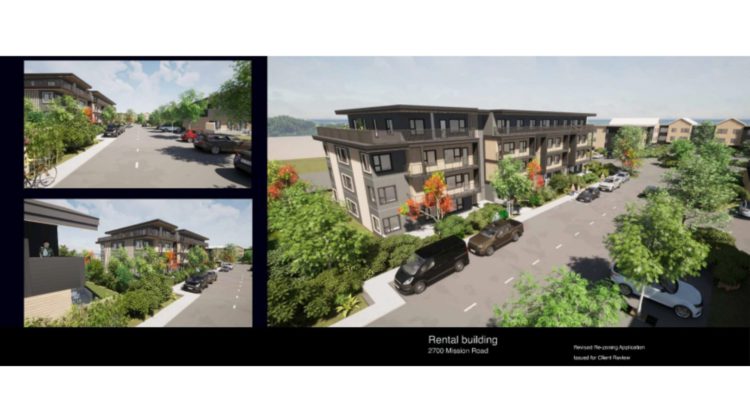 A new proposed apartment building along Mission Road is getting a second public hearing.

The project passed a first and second reading on September 21st of last year, and its first hearing was held just before Christmas, on December 16th.

Now it’s getting another one.

Council heard from the city’s Director of Development Services Ian Buck on some of the changes to the proposal, which will be discussed at the next hearing.

Some of those included increasing the number of larger two and three-bedroom units within the complex, the importance of having a green space for the residents and community, and adding some townhouses.

The report to council stated that these family-oriented housing units are typically more attainable compared to standalone single-family homes and that this type of housing is underrepresented in Courtenay’s current housing supply and they will help meet the growing desire for alternatives to single-family homes.

Courtenay Mayor Bob Wells says the changes to the size and amount of bedrooms are something that will be beneficial for valley residents.

The project, which is set to be built at 2700 Mission Road is still in the early stages according to Buck and there is no set date for the second public hearing yet, but it will be held in the near future.

To stay up to date on the proposal, including when the public hearing will be held, visit the City of Courtenay’s website.