UPDATE: One person killed after house fire in Comox 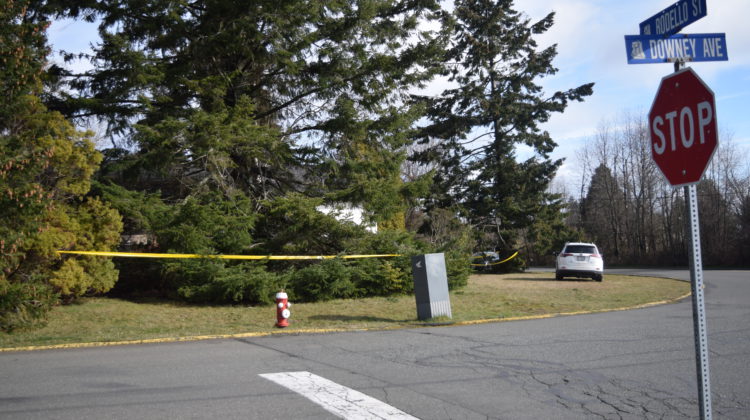 The house on Rodello Street and Downey Ave that was the scene of a fire Friday night. (Vista Radio Image)

One person has been killed after a house fire in Comox.

“It came in just after 8:00, around 8:14 pm late last night. I live just up the street and when the call came in I could see, as I was heading out to my truck, it was fully involved.”

He says crews were able to get the blaze under control fairly quickly, but it destroyed a section of the home.

“It was the end of the house where the living room and bedroom were damaged. The rest of the house is still intact.”

As this is a developing story, we’ll provide an update when more information becomes available.