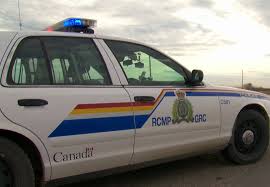 On April 28th police received a report of a theft from a garage at a residence on the 2400 block of Tudor Drive in Courtenay. It is reported that the theft occurred sometime in the last three weeks. Stolen in the theft were a set of golf clubs valued at $3500.00.

On May 1st police received a report of a theft from a vehicle that was parked at the Buckley Bay. The driver had momentarily gone into the store after refueling and during this time someone stole camera and computer equipment valued at approximately $20,000 – $40,000. This investigation is continuing.

Police stopped a vehicle that was being driven erratically on the 17th street bridge in Courtenay during the early morning hours of May 2nd. The driver was found to have been consuming alcohol and failed a roadside screening device. The driver was given an immediate roadside prohibition and had the vehicle he was driving impounded for 30 days.

On the night of May 2nd police were called to a report of a male smashing a window in a residence and on a vehicle, on the2600 block of Maryport Avenue in Cumberland. The suspect was known and was located a short time later, arrested and will now be appearing in court on Criminal Code mischief charges.

On May 4th police received a report of a large scale mischief to a building on the 700 block of Pritchard road in Comox. It is reported that sometime over the week-end unknown culprits spray painted profanities on the outside walls of the school.