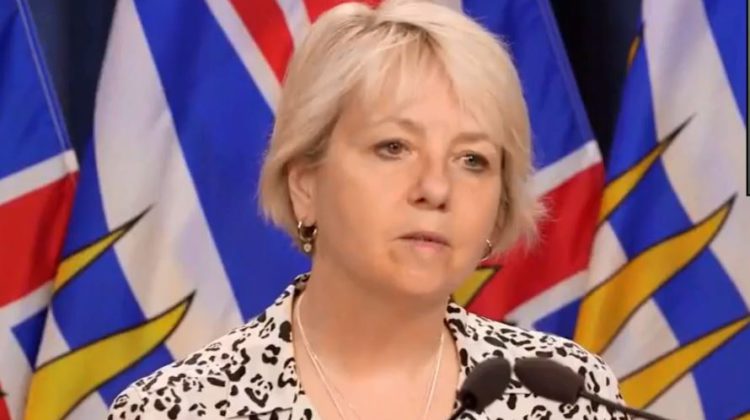 Two children under the age of two have now died of COVID-19 in B.C.

Provincial Health Officer Doctor Bonnie Henry says the death of an infant in January was caused by the virus.

A recent coroner’s investigation has confirmed the cause, she added.

The child was from the Interior, but was being treated at B.C. Children’s Hospital.

No further information will be released, however, Henry confirmed this is the youngest person in the province to die of COVID-19.

Last week, a child under the age of two died of COVID-19 in Fraser Health, also at B.C. Children’s Hospital.

17 people have died over the weekend, the death toll has climbed to 1,571.