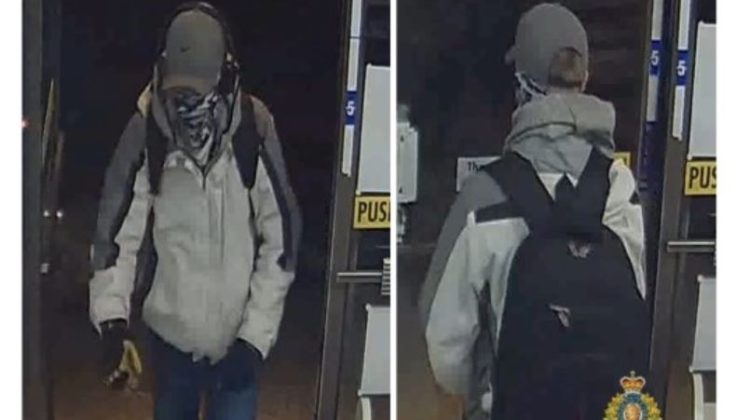 The Comox Valley RCMP is searching for a man who threatened someone with what appeared to be a gun.

It happened early Monday morning when a man entered a store at the 400-block of Ryan Road in Courtenay.

He was asked to leave by an employee.

Once outside, the man threatened the employee and was holding what looked to be a gun.

Investigators have surveillance pictures of the man, who’s described as 50 to 60 years old, around 5’8” tall with a slim/medium build and tattoos on his hands.