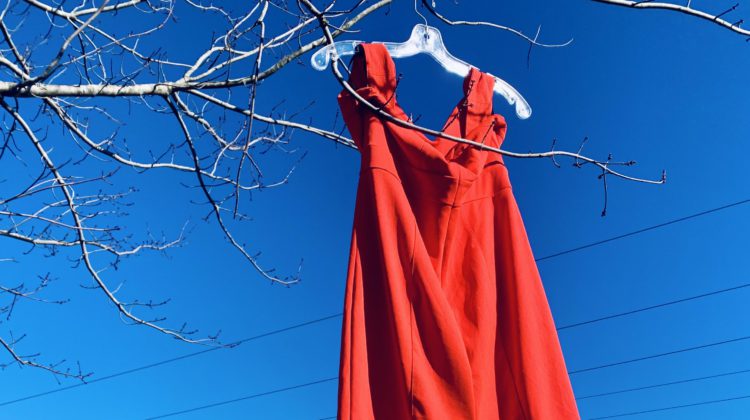 Commemorations are being held today (Wednesday) to mark the National Day of Awareness for missing and murdered Indigenous women and girls, also known as “Red Dress Day.”

It’s to bring attention to the horrific number of homicides among indigenous women across Canada.

For Vancouver Island’s Stephanie Elickus and others, red is a powerful colour with a deep meaning. In February, Elickus – organizer of the ‘100 Red dress project MMIWG’ Facebook group – told Vista Radio that the Red Dress Project “hopes to call them home.”

While the project was launched over a decade ago, red dresses continue to be hung all over Canada – including on Vancouver Island and the Sunshine Coast – to raise awareness.

And because questions remain unanswered, Elickus told us families of the missing continue to face a harsh reality. But she noted hope remains, embodied in the red dress.

“In lots of tribes, it (the colour red) represents the only colour spirits can see in our culture,” Elickus said. “So, you know, it hopes to call them home, the ones that are still missing.”

The Campbell Riverite is now asking you to keep this significance in mind, and is hopeful it will spark something within yourself as well with the issue still ongoing.

Between 2016 and 2019, at least 130 were reported murdered, and more than one-thousand are still listed as missing, in cases dating back decades.

“The real sad thing is, the cases that are reported don’t go down as missing people, and then families aren’t strong enough to fight or speak for themselves.”

RELATED: ‘These people did this maliciously’: Reflecting on video of pair removing red dresses along Island Highway

Elickus believes it’s important to speak up for people and have a strong voice. She says voices are in numbers and that we must come together.

“And then, of course, if there are people like me getting the message out as to why it’s hanging out there, and you see lots of them, it brings awareness quickly,” she said.

“It’s for people. It’s for the people of our nation, and it reaches out and touches so many different people across the country. It’s for everyone, but for us, it’s very dear.”