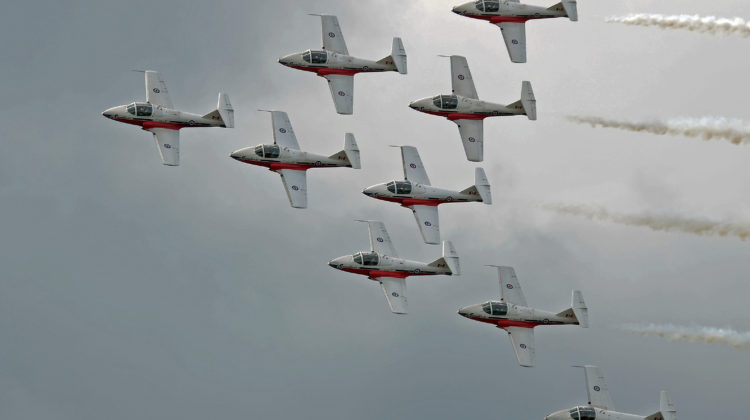 A Canadian Forces Snowbirds pilot used emergency protocols to land their plane after it struck a bird during training today.

It happened this morning shortly after takeoff from 19 Wing Comox.

“It doesn’t mean that the aircraft is on fire and that it is going to crash,” he said. “It’s just a normal procedure. The pilot was able to fly the aircraft without a problem. To declare an emergency basically just gives them priority to land at the airport..”

Ferris added that strikes are not that rare in the aviation world, either civilian or military.

He added that once cleared by the maintenance team, the plane will return to normal operations.

The training session continued since they have two spare aircraft on the ground.