127 people arrested at protest camps near Fairy Creek and Caycuse 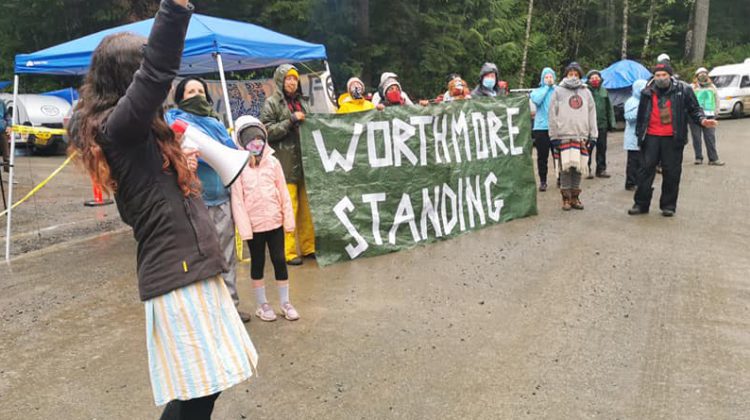 The RCMP says 127 arrests have now been made at logging road blockades on Vancouver Island in the Fairy Creek area near Port Renfrew and Caycuse Valley south of Cowichan Lake.

The RCMP says that several of the people taken into custody had previously been arrested by police at the blockade camps.

A large number of the arrests took place on Tuesday when the RCMP says a group of people had gathered at a checkpoint on the McClure Forest Service Road and blocked traffic.

By the end of the day on Tuesday, the RCMP says 58 people had been arrested.

All the individuals arrested were being taken to the Lake Cowichan RCMP Detachment to be processed.

Despite the police presence, injunction exclusion zone, and checkpoints, the protest over logging of the area’s old-growth trees is not lessening.

The Rain Forest Flying Squad, the grassroots group behind the blockades that began in August, says on Tuesday it was joined by a group of seniors who hiked up the steep road to the camps.

RFS spokesperson Saul Arbess says the RCMP observed the group of about one hundred seniors on the road but did not try to stop them.

Since the first blockade was established against road construction into the Fairy Creek watershed, about a half-dozen camps have been set up in the area and the Caycuse watershed.

On April 1, Teal Cedar, which holds cutting rights in the area, was granted an injunction and enforcement order by the BC Supreme Court to remove the blockades.

On May 17th, the RCMP established a large exclusion zone around the area and the following day began arresting protesters who refused to leave.

Meanwhile. the Canadian Association of Journalists and other news organizations along with press freedom groups are planning to take legal action against the RCMP for not allowing journalists closer access to where people are being arrested.

CAJ President Brent Jolly says they have “repeatedly seen the RCMP shift the goalposts on how it plans to allow journalists access in order to cover this important public interest story.”

According to Jolly, every day brings new excuses from the RCMP about why access is limited.

The coalition says “legal precedent and the RCMP’s own oversight body say doing so is beyond the authority of the force,” but the RCMP continues to use exclusion zones to limit media access.