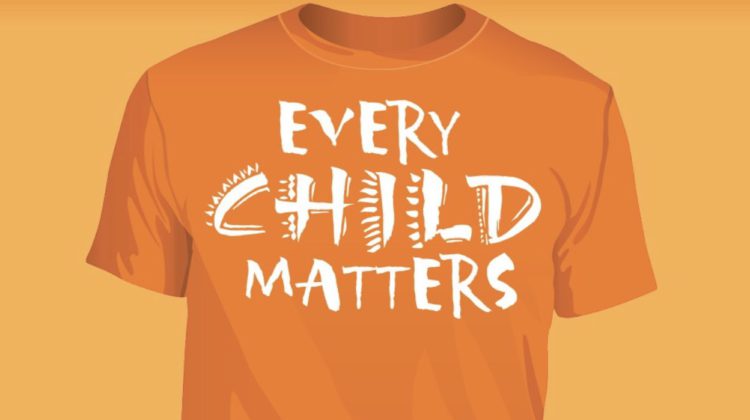 B.C. teachers are wearing orange in memory of the First Nations children found in an unmarked grave.

The BC Teachers Federation has asked its members to organize orange shirt walk-ins to honour the 215 children found at the Kamloops Residential School.

“So what that means is, teachers and other staff, getting together at the beginning of the school day, or just before lunch or just after lunch, and all walking into the school together wearing orange as a real statement of solidarity with Aboriginal people and the losses that they have suffered,” explains union president, Teri Mooring.

We will be working with our #bced locals across BC next week to organize orange shirt walk-ins to honour the 215 dead children found at the Kamloops Residential School. We are also asking school districts to lower all flags to half-mast. #bcpoli pic.twitter.com/a55hPi5mUA

Mooring says overwhelmingly, union members wanted to take actions to stand with Aboriginal communities, “and to make a statement of support to families, to Aboriginal students, and to our Aboriginal colleagues, just about the depth of our sorrow around this discovery.”

She said they were saddened and devastated by the news which is a confirmation about what First Nations people have been saying for many decades, about children who were lost.

“And a lot of those stories… were documented for the first time in some cases during the work of the Truth And Reconciliation Commission. This discovery just underlines the atrocities that happened at residential schools and the importance of us facing the truth and taking actions to move forward.”