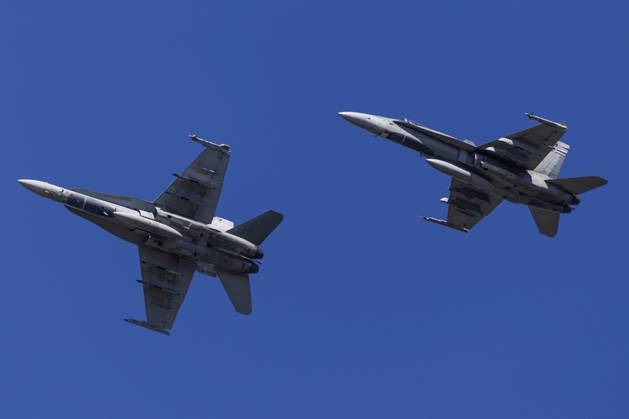 Keep your eyes to the sky if you’re in Comox Saturday morning.

A pair of  CF-18 Hornets are flying over the area at roughly 11:00am, to honour the 100th birthday of a Second World War veteran.

He joined the Royal Canadian Air Force in 1940, and retired from the air force in 1972 after flying Vampires, Sabres, and CF-100s both in Canada and overseas.

They’ll fly over Comox at an altitude no lower than 500 feet above the highest point of the flyby route, and maintain a higher altitude for the trip to and from their base at 4 Wing Cold Lake.

“Aircraft participation is subject to weather and operational requirements.”

You’re reminded to maintain proper physical distancing practices in line with their provincial health guidelines while taking in the flyby.

To view a livestream of the flyby, you can visit the 19 Wing Totem Times Facebook page at 11:10am Saturday.