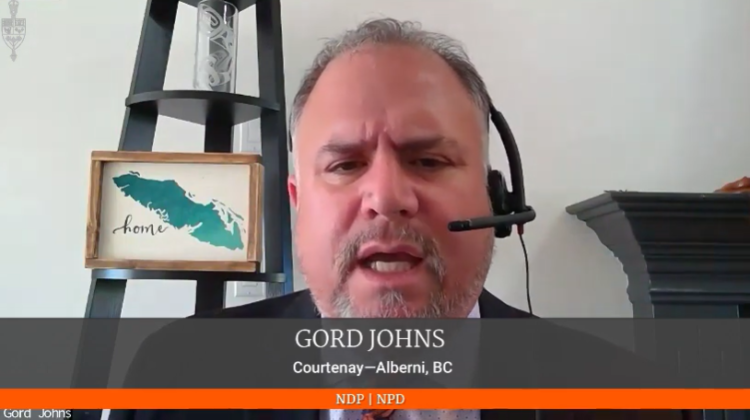 A First Nation in Port Alberni wants to see a healing centre built on their former residential school site.

Johns delivered their message during the virtual House of Commons.

“If the government and the churches could build these horrible places, they build them healing places where they can take their spots,” he said during Question Period.

“They made it very clear that they need action, not more words. They don’t want to be known as the place that had a residential school that caused harm. They want a place where they can reclaim their power.”

Johns said the Tseshaht didn’t ask for the residential school to be put in their backyard and therefore, shouldn’t have to pay to tear it down or build a health and wellness centre to help survivors heal “from the abuse they suffered in that school.”

His request comes after the discovery of the remains of 215 children at a former residential school in Kamloops.

In response, Liberal MP Jaime Battiste, who is the first Mi’kmaw Member of Parliament in Canada, said he agrees with the principle of the idea, adding that Indigenous people have found strength in returning to their languages and cultures.

Battiste said that whatever buildings exist, those are just structures, and the real power is within themselves, within their language, and within the spirituality and within the practices that their ancestors have passed down for years.