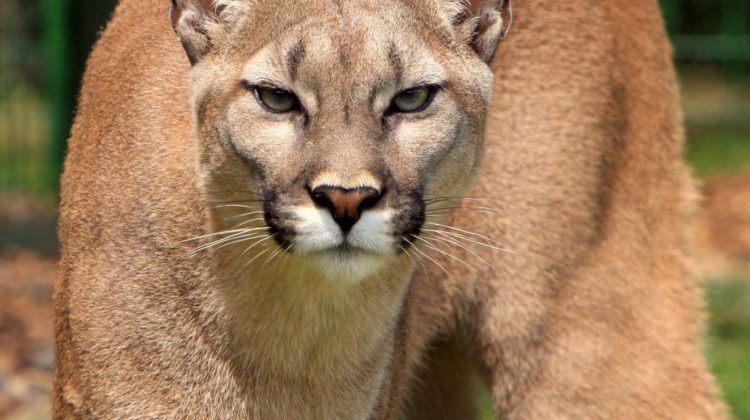 tock image of a cougar. (Photo supplied by Pexels.com)

A Woss man says it took a ‘swat’ to get a cougar off his dog.

William John was walking his two dogs about 100 yards from an RV park in the North Island town last Thursday night, when the attack happened.

John says the big cat lunged at his spaniel named Leroy, and pinned the dog down by putting its paw on its ribcage.

“He was just going to clamp on to him when I gave him a swat, so he let go of the dog right away and swatted at me… sort of a Mexican standoff for a few minutes and the other dog came up,” John said. “And the cougar just kind of looked, and then he turned around and started going up into the woods, there.”

John grabbed a stick, broke it in half, and threw a chunk of the branch at the cougar before it scurried up a tree.

Leroy was lucky to escape with a couple of small puncture wounds.

“The dog was moving its head down, and so now its head and its neck is pretty much right open, and that’s exactly what those cougars will do, and it was just going to grab him, and that’s when I swatted him,” John related.

“Another second and he would’ve had him. And he would have been toast.”

John said another dog wasn’t as lucky, adding that the cougar caused some pretty significant injuries to it the night before.

“There’s an old railroad grave here now because there isn’t a railroad anymore, so it’s a perfect spot for walking the dogs. I was 20 feet behind (one of) the dogs and 20 feet in front of one (of the dogs).”

John says cougars are commonplace in the area.

“I’ve seen lots of them so I’m used to them,” he said. “This was a good-sized cougar but it just hasn’t filled out yet. That made me think it was a fairly young one.”

Chek News is reporting that, according to the BC Conservation Officer Service, the cougar had attacked another dog the day before, and bystanders used a pipe to beat it away.

The Conservation Officer Service told us that it responded to a cougar incident on northern Vancouver Island that resulted in minor injuries to an adult man.

“The man was walking his dogs off-leash on a rural road when a cougar attacked one of the dogs,” the COS said.

“The man successfully drove the cougar off the dog, but received a superficial injury from the cougar while doing so.”

According to the COS, it searched for the cougar and conducted a forensic investigation of the incident, and that officers will continue to monitor the situation and respond as necessary.

To help avoid any encounters with wildlife, the COS reminds the public to familiarize themselves with safety tips.

“Pet owners should be aware that off-leash animals can potentially provoke an attack,” it added.