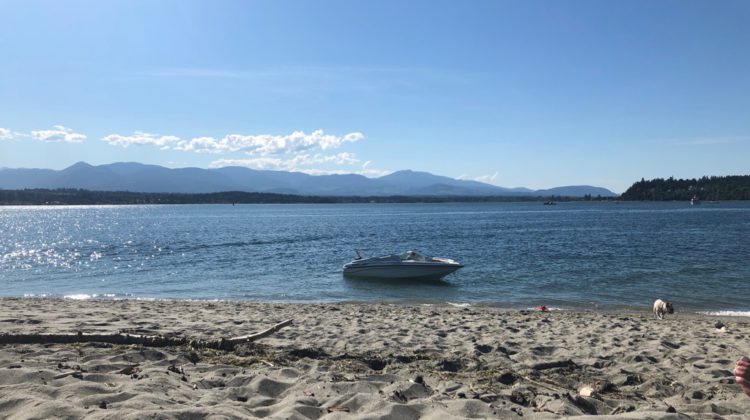 Summer-like weather is in the forecast for Vancouver Island and the Sunshine Coast. (Vista Radio photo)

Enjoy the rain while it’s still with us.

That’s because the long-range forecast calls for a stretch of warm, dry weather – which from an environmental point of view isn’t without its drawbacks.

Meteorologist Doug Lundquist, with the Meteorological Service of Canada, says we could definitely use more rain, especially in places like Courtenay and Campbell River, which have both had unusually dry springs.

Further south, rain was a rarity in Victoria, Kelowna, Vernon and Abbotsford, which are coming off their driest springs on record.

Lundquist said a damper-than-normal first half of the month would have put most places on track for a normal June, precipitation-wise.

However Lundquist warns that a run of dry weather might derail those hopes: “That being said, it’s looking really dry coming up. We have a big ridge of high pressure building in for the middle of the week, especially over the inner south coast.”

Temperatures will slowly build over the next five days, hitting as high as 27 C by Monday.

Lundquist can’t attribute the dry spring to any one specific thing: “We’re wondering if it’s La Nina: I had my colleagues look at La Nina and no, we’re not thinking why it was so dry. Maybe more the flow pattern, we had some really warm water off Vancouver Island in the East Pacific (ocean) and the Gulf Of Alaska, and that tends to build systems further north, so maybe that’s why the rain got to the north coast and the north end of the island more than anywhere else. It could (also) be climate change. And weather is naturally random, too, so all of the above.”

A lack of rainfall during what’s normally some of our wettest months could have some serious implications on the province’s wildfire situation, Lundquist said.

“We need it in the interior and on the coast, just to get us further into summer until we get that dry heat of the latter part of summer, and that’s usually when our colleagues at the wildfire service gets hopping,” he added. “I really want to see more (rain), especially in the interior but again, as well, on the coast.”

Lundquist says the outlook for summer on B.C.’s south coast “is likely in the warm category.”

“And when I broke it down and looked at the months individually, from the European model, it looked like summer as a whole will be hotter than average, particularly July, so there again is why we want to see more of the June rain.”