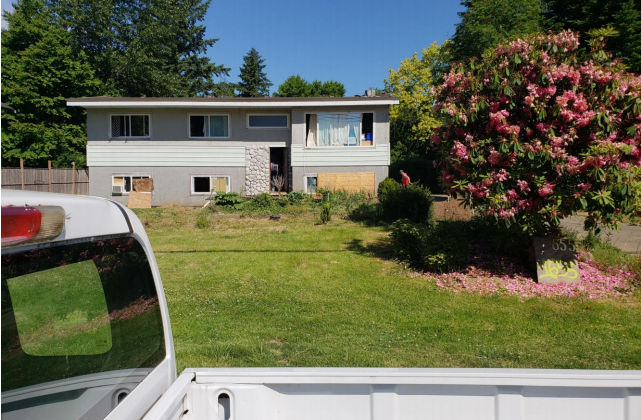 Photo of the property on 20th street. Provided by the City of Courtenay

One of the items includes discussions around a house on 20th street. The house, located at 1655 20th Street was deemed a nuisance property by the city back in April of this year.

That decision was made after staff went to the home as part of RCMP action and found that several modifications were made to the house without permits. Staff also found that the home was being operated as a boarding house, with a secondary suite inside. Based on these observations, the city considered the building unsafe.

Now, council members are asking the homeowner to make some changes to the property.  At the meeting tonight, they could send an order telling the owner not to relocate from the property, and board it up to prevent anyone from getting inside and from living there.

The other option the owner has is to demolish the house and remove everything from inside.

Courteney council could move ahead with the order, or decide to send it back to staff to provide direction on enforcement expectations.

Another item on the agenda tonight is a presentation for future transportation options in the Comox Valley.

Presenters will be going over the report and highlighting infrastructure improvements like better service, more ridership and an enhanced passenger experience.

Courtenay council gets underway tonight at 4:00pm. You can watch the virtual meeting on the City of Courtenay’s Youtube channel, and can view the full agenda by clicking here.