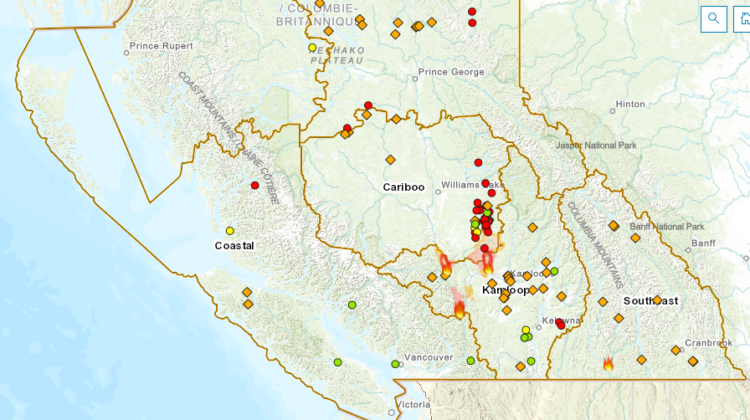 We’re being asked to continue to do our part, as the Coastal Fire Centre sends crews to the B.C. Interior to help fight wildfires.

Information officer, Donna MacPherson, says so far, they’ve sent three unit crews of 20 people each to the interior, including one from Port Alberni and two from the Mainland.

“We expect more resources will be asked for, so again, we need the public’s help to keep the fire starts here on the coast down, but we’re also able to provide some support to the interior,” MacPherson said.

MacPherson said during the extreme heat, people on the island and coast have helped keep the fire situation under control.

“We have had relatively few human-caused fires on July 1st. Whatever it is that the public has been doing, we’re asking them to do more of it and keep it up. We want to remind everybody that all open fires are prohibited throughout the Coastal Fire Centre, actually right through the province, due to the dire need right now.”

This means there’s a ban on all Category 2 and 3 open fires, including campfires, across the province.

There are eight wildfires currently burning in the Coastal Fire region, including three on Vancouver Island and a 2.5 hectare fire at Daniels River, north of Powell River.

Roughly 40 firefighters are battling the Daniels River in difficult terrain.

Two of the fires on the island are near the northern tip, near Port Alice and Port McNeill. Lightning is believed to be the cause of the J Road Main fire south of Port Alice.

The fire danger rating has moved to high along the east coast of Vancouver Island and the Sunshine Coast as the hot weather persists and dries out the forest floor.