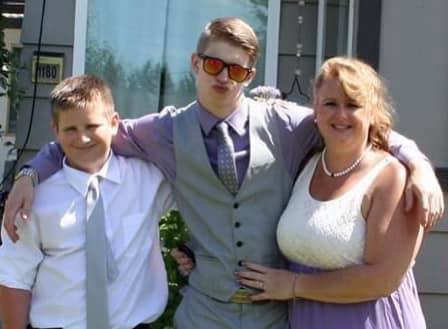 The family of a young man seriously injured in a swimming accident is thanking the friends who saved his life.

After he failed to resurface right away, his friends knew something was wrong, jumped into the water, and pulled Cameron out.

Once  on the river bank, they stabilized his neck until emergency crews arrived.

“In the few minutes he had breath, he was laying under the water and he thought he was going to die until you guys pulled him out so we’re super grateful,” she told them.

“We’re surrounding this in gratitude and love to you guys and I’m super happy that you guys were as prepared for the situation as you were, mentally, and skill-wise, first aid… gratitude isn’t a big enough word.”

The accident has left Cameron paralyzed, and in intensive care, with a long road of healing ahead of him.

Payne said he is already showing his fighting spirit. 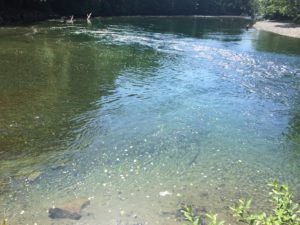 “I know he’s a really positive person and the first thing he did when he came out of anesthetic was to try to move and to show he could move more than they said he could, so he’s a super fighter,” Payne said. “He’s really tenacious and spirited and loveable, and right now he’s got a team of nurses and doctors working on him to get him through this week in ICU, and then he will start the next stage of recovery.”

The family is raising funds to help Cameron get set up for the task of healing.

His mom Christina is by his side in Vancouver, and will be there for as long as he needs her.

Cameron’s brother Brennan and his grandfather are holding down the fort in Gold River.

Any funds raised will go towards retrofitting the house to meet Cameron’s needs when he comes home from hospital.

His family has set up a bank account to hold the funds in trust for Cameron and his family to use to ease the burden and lighten the load of what comes next.

You can donate by sending an email transfer to Team Cameron: HelpCamAndFamily@gmail.com. Any questions can be directed to Payne at bpayne@telus.net.

Payne said this is a cautionary tale of water safety along fast-moving rivers like the Puntledge.

“I’ve had a lot of calls from parents asking what happened, that ‘I need to know because I just need to help my kids be safer at the river, I worry every time they go,” Payne said. “I feel like that’s a common worry. The cautionary tale here is that you can never be too safe and (to) talk to your kids about what to do in an emergency.”

She continued, “These guys did all the right things to make sure that he lived, and it was a difficult situation and they made it through because they had skills that they learned.”