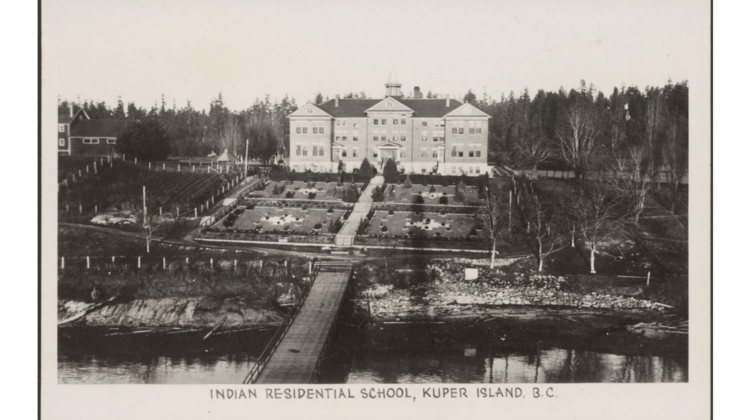 The Penelakut First Nation near Chemainus says over 160 undocumented grave sites have been discovered on their grounds and foreshore.

In a letter posted on social media, the first nation invites neighbouring tribes and organizations to help raise awareness of the Kuper Island Industrial School, where it says many local children attended, and never returned home.

It is planning an awareness march in Chemainus on August 2nd, starting at 9:00am at the Salish Sea, Market in Chemainus . They will also be holding two healing sessions, on July 28th, and the second on August 4th, at the Penelakut School gym .

In the invitation, the Penelakut say “many of our brothers and sisters from other communities attended the Kuper Island Industrial School. We also recognize with a tremendous amount of grief and loss, that too many did not return home.”

The First Nation goes on to say, “we are at a point in time where we must face the trauma because of these acts of genocide.”

The Kuper Island Industrial Residential School earned the nickname of Canada’s Alcatraz after it opened in 1889 because of its island location.